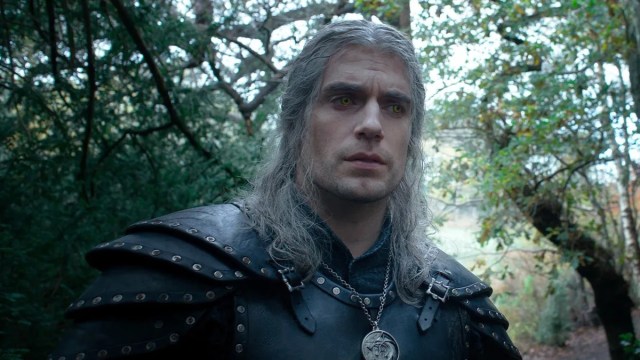 Today is a sad day for fans of Andrzej Sapkowski’s The Witcher series, as Netflix has just announced that Liam Hemsworth is replacing Henry Cavill as the titular Geralt of Rivia from the show’s fourth season onward. Cavill is bowing out in season 3, so the material from The Time of Contempt will be the last time he’ll put on the monster-hunting armor and silver sword in live-action.

As fans try to wrap their heads around this abrupt departure, House of the Dragon and A Song of Ice and Fire creator George R.R. Martin once again details those most coveted deleted scenes from the prequel show’s first season.

Henry Cavill saying goodbye to Geralt in ‘The Witcher’ season 3

Henry Cavill departing The Witcher show in mid-flight will probably go down as one of the handful of times that a story in the entertainment medium has lost its main star. Though to say that of Cavill would be to undersell his importance. The man was essentially carrying the Netflix adaptation, and now they want fans to pretend that the first three seasons don’t exist and get used to seeing Liam Hemsworth, of all people, in the role. Well, you know what Geralt himself would say in a situation like this. “The sun shines differently, but it will continue to shine, and jumping at it with a hoe isn’t going to do anything.”

George R.R. Martin says there are a lot of deleted scenes in ‘House of the Dragon’ season 1

Unlike many fantasy television shows in the streaming age that run for the increasingly standardized 8-episode format, House of the Dragon followed in on its predecessor’s footsteps by adapting Fire & Blood into 10-episode serials. The immediate result of this gave writers the breathing room they required to really flesh out the storyline and its characters, but it seems that despite spending a little over 10 hours in Westeros, House fans want more, especially if they have to wait another two years for the next season to come along.

Enter deleted scenes. According to George R.R. Martin, there are certainly a lot of them that didn’t make it to the finale cut, and HBO may well decide to release them as part of a blooper reel or Blu-ray extras, so let’s see if the gods are with us on that home release version.

‘The Witcher’ fans wonder which is the bigger bummer; Henry Cavill leaving, or Liam Hemsworth replacing him

We’ve had a few hours to chew over this explosive announcement, but it still doesn’t many any more sense than it did when that first headline hit social media like a maelstrom. I mean, why would Cavill leave a role that he loves so much? The man was such a Witcher nerd that he used to correct people on set when they’d got something wrong, even the writers. Could it be that Cavill fell out with Lauren S. Hissrich or one of her writers? I guess we’ll never learn the truth of this if mum’s the word at Netflix, but it seems that Witcher fans just can’t imagine Liam Hemsworth as their beloved White Wolf.