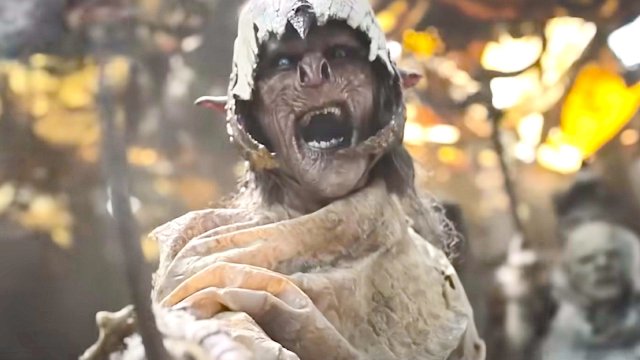 Fans of Amazon Prime’s The Lord of the Rings: The Rings of Power are uniting in praise of some of the show’s best moments and celebrating its clear respect for the source material. And what source material it is! With a fresh Middle-earth offering on the air, longtime Tolkien fans are reflecting on the wise and stirring words laid down in ink in the many works of the literary giant and comparing the very best Tolkien quotes.

The deep passion Tolkien’s fanbase feels for his work is not lost on the Rings cast members, several of whom have come forward to share their processes and the delight they felt at an opportunity to bring iconic, beloved characters to life. Just as Tolkien’s history shaped him, and eventually the stories he brought to life, the backgrounds of each Rings cast member helped them to embody the pivotal characters they’re bringing to life on the small screen.

Lloyd Owen gushes over the opportunity to play a pivotal character

Lloyd Owen, the man behind one of Rings of Power’s most pivotal characters, opened up in a recent interview about the honor he feels to portray the “iconic character” of Elendil. He noted that the character, even in Tolkien’s writings, is rather bare, and gushed over the opportunity to flesh him out and make him into “a fully three-dimensional human being” for Rings.

In the same interview, Owen discussed his delight at discovering that his background in Bollywood gave him the vocal skills necessary to tackle those challenging Quenya lines. A past project demanded that he speak his lines in near-flawless Urdu, a language he did not speak, and he says he leaned on those skills to polish his Quenya accent in Rings of Power. This is particularly important in Tolkien’s world, in which language is uniquely central to the story. Noting Tolkien’s background as a philologist, Owen gushed that Elvish is “quite joyful to get your tongue around.”

Fans are still reeling over Rings‘ most suspenseful scene

As criticism over Rings of Power’s slower-paced story starts to fade, fans of the series are celebrating some of the early episodes’ best scenes. The most suspenseful scene to grace the series thus far is still sticking with fans, nearly a week following its release, as they rehash the water ration scene between a group of enslaved elves and their orc captors.

Longtime Tolkien lovers are living the high life at the moment as they revel in the latest opportunity to enjoy the masterful storyteller’s gorgeous Middle-earth. This prompted a heartfelt and nostalgic discussion among fans, who began sharing their favorite impactful Tolkien quotes with the world. If at least one of these doesn’t make you cry, are you even a real fan?