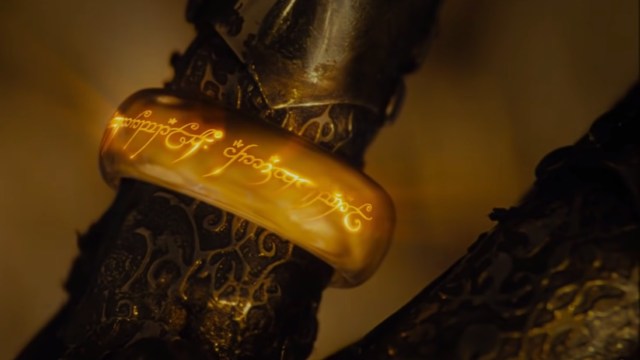 With actual books’ worth of Tolkien content to discuss, fans of Amazon Prime’s The Lord of the Rings: The Rings of Power have no shortage of talking points. The show is slowly unfurling a story that looks to be truly epic in scope, and as it takes its time in revealing its secrets, fans are dissecting its every detail. The identity of the show’s big bad, Sauron the Deceiver, continues to be the show’s most hotly-debated topic, as fans float everyone from Halbrand to Poppy as the eventual Dark Lord in disguise.

The characters in Prime’s latest series are very much at the core of conversations about Rings, as fans pay homage to the best among them and heap criticism on those they consider failures. A new fan favorite emerged following the show’s most recent episode, crowning Disa as one of the show’s breakouts of choice. Even as her presence continues to garner praise, however, viewers are rapidly disappearing down a Tolkien-sized rabbit hole as they obsess over each tiny detail included in the show’s massive scope.

Durin’s bubbly bride Disa is one of Rings’ breakout characters, captivating audiences with her stellar balance of warm, inviting charm and steadfast power. She had a larger role in the first season’s most recent episode, which saw her make a captivating musical plea to the mountain that brought tears to many fans’ eyes. In the wake of her stunning performance, fans are taking to the web to discuss the character’s magnetic bearing and actress Sophia Nomvete’s stellar presence on screen.

Yet another Sauron theory muddies the waters even more

Fan theories about Sauron have been swirling since the first Rings episodes dropped. Viewers are well aware that Mordor’s Dark Lord is already a presence in the show, and many are convinced that he’s hiding in plain sight. Theories that he is the true identity behind a number of the show’s new arrivals litter pages dedicated to the show, and the latest speculation is already stirring up debate. The newest idea proposes that none of the previously stated options are Sauron, and the Lord of Gifts has yet to reveal himself. It’s not the most popular theory, but it’s certainly turning heads.

The events of Rings‘ latest episode are sparking widespread questions among the fandom as the fate of the grand city of men comes into question. The fall of Numenor is a major event in Lord of the Rings canon, and hints from the episode indicate that the city’s end will come sooner rather than later. This is prompting confusion around Elendil and his family ⏤ including the vital Isildur ⏤ and how their fates are tied to the city. It can all be explained via a deep dive into the Faithful, a group that remains loyal to the will of the Valar.