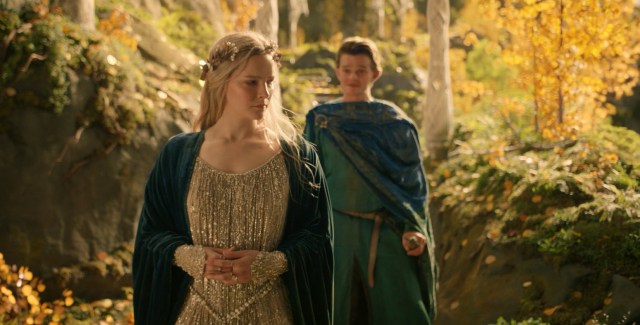 As the battle of episodic fantasy rages on, viewers are tiring of the ceaseless debate between fans of HBO Max’s House of the Dragon and fans of Amazon Prime’s Rings of Power. Fans of the latter series are instead turning their focus to the show’s best qualities, raining praise on its slow-burning story and careful focus on previously unexplored elements of J.R.R. Tolkien’s incredible world. Even previously critical fans are starting to come around to Rings of Power, as the first season zeroes in on a range of new and familiar faces and finally gives the orcs the respect they deserve.

Meanwhile, conversation online continues to orient itself around some of the more divisive elements of the fantasy series, as fans share their passion for Middle-earth via theories, takeaways, and fan art. A stylish family tree seeking to help illustrate the confusing elven families went promptly viral over the weekend, prompting an exhaustingly predictable response from argumentative Rings of Power fans.

With two fantasy powerhouses on the air at the same time, comparisons are inevitable. The first seasons of House of the Dragon and Rings of Power were always going to be in competition, but fans are tired of feeling like they need to choose between the two. Many fantasy fans are simply delighted to have such a wealth of stellar fantasy content to enjoy, and feel a rivalry between the two shows is unnecessary. We’re all living in the golden age of televised fantasy at the moment, why can’t we just sit back and enjoy it?

Tolkien loyalists are coming around to Rings of Power

As initial responses to Rings of Power start to give way to more nuanced and informed viewpoints, even hardcore Tolkien truthers are coming around to Amazon Prime’s vision. Despite early outbursts against the show’s pacing, characters, and timeline, a number of Tolkien fans are starting to pile respect on Rings of Power. They feel that its slow-burn approach will see the series maintain its popularity over time instead of starting fast and fizzling out.

Plenty of Rings of Power viewers are separating themselves from the discourse entirely and instead focusing on elements of the show that they feel deserve celebration. Following the most recent episode of the series, conversations have turned to Adar and the portrayal of orcs in the latest Middle-earth offering. Fans feel that orcs are finally getting the portrayal they deserve, with the typically-sidelined race getting some serious screen time in episode three.

Rings of Power boasts an absolute wealth of characters, many of whom are tied together through their ancient elven blood. Questions about how characters in the show are related quickly flooded forums following the show’s debut, and one fan answered pleas with a handy, stylish family tree. As the informative chart began to circulate, it quickly garnered the same racist backlash Rings of Power itself prompted. People are criticizing the diversity of the chart for refusing to stick to an entirely white-washed imagining, but the original creator is standing by their vision.