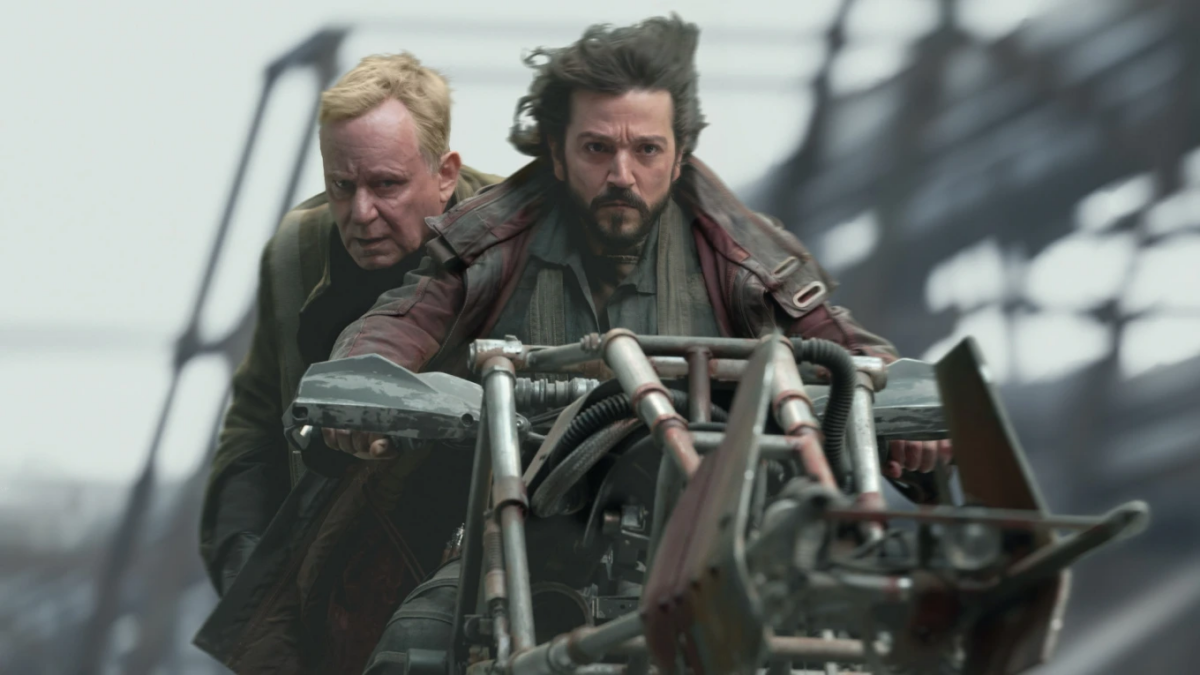 Star Wars news this week has been predictably dominated by coverage of Andor. The Disney Plus show roared out of the gates on Wednesday with a three-episode drop, reintroducing us to Diego Luna’s Rogue One character and setting the stage for an epic two seasons of pre-A New Hope adventures that will show the formation of the Rebel Alliance.

The cast and crew are clearly overjoyed with how Andor has turned out and for once fans are (mostly) agreed that this is something special. Praise has been heaped on the high quality of the writing, the focused tone, Nicholas Britell’s score, and especially the use of gigantic physical sets over digital ones. Since the premiere on Wednesday, the Andor team has been giving interviews about their experiences and highlighting what’s coming next.

Speaking with Entertainment Weekly, Luna went into detail on what the show wanted to achieve in showing the galaxy under the Empire. Andor‘s premiere was notable for the more personal scale of its conflict, with Cassian facing off against Corporate Security officers rather than Imperial Stormtroopers. These less regimented officers are more like cops than soldiers and their arrival on Ferrix showed that even when the Empire isn’t physically present on a planet, they still exert an influence.

As Luna said, “There are no two sides yet. I think the beauty of this show is that we are going to see what oppression looks like, feels like — what it is to be in a marginalized world where you can’t articulate community and where all your freedom is taken away.”

Andor will show why and how the Rebel Alliance formed, so expect upcoming episodes to continue this focus on the personal impact of life under the Galactic Empire.

Disney and Lucasfilm should be thanking their lucky stars that they have Tony Gilroy on board. The writer/director stepped in to save Rogue One back in 2015, taking the directorial reins from Gareth Edwards, coordinating reshoots, and turning a chaotic production into a billion-dollar hit. Gilroy has big plans for Andor, going into detail in an interview with IndieWire about how Cassian Andor’s journey to his introduction in Rogue One will go.

Gilroy also underlined that the seedy and unfocused character we met in the opening three episodes isn’t who we’ll stick with, saying, “He’s just f*cked it all up. He’s that guy that nobody really wants to see coming down the street anymore. Nobody wants to give him their keys to their apartment. He’s just that guy you don’t trust anymore. We all know people like that.”

He also teased that there’s going to be a major development in the show around Thanksgiving.

“Emotionally, viscerally, action-wise in every way, we plan on delivering and bettering that all the way through the whole show. That’s our plan. That’s our goal. We’re really going somewhere by Episode 12 — which is so fantastic, it’s the night before Thanksgiving. If what we’re doing works, that should be a very potent moment.”

Let’s hope the show lives up to that billing.

Despite the praise, fans complain about Andor lacking alien characters

But it’s not all sunshine and roses in the Star Wars fan community. Where there is a nit they’ll pick it, with some annoyed that Andor didn’t feature the typical menagerie of aliens we’ve come to expect from the franchise. A post on Reddit even asked, “What happened to all the aliens in the new series?”

There were some funky aliens running around in the background of Andor‘s world, but every major character was human and trailers have shown no sign of any incoming alien heroes or villains. Others point out that Imperial-controlled space would naturally be primarily populated by humans, as the Empire treated nonhuman aliens as a lower class of being. It wouldn’t be Star Wars without some awesome-looking creatures and characters, so we’re hoping that Andor tosses us some Wookiees and Twi’leks over the coming weeks.

Expect Star Wars news to continue to be dominated by Andor for the next few months, though we’re also hopeful for new peeks at the Tales of the Jedi Animated Shorts arriving in October and updates on The Mandalorian’s third season. Beyond that, it’d be nice if Disney and Lucasfilm gave us some kind of confirmation on their big screen plans, as with Patty Jenkins’ Star Wars: Rogue Squadron disappearing from the release schedule, things don’t seem particularly positive.