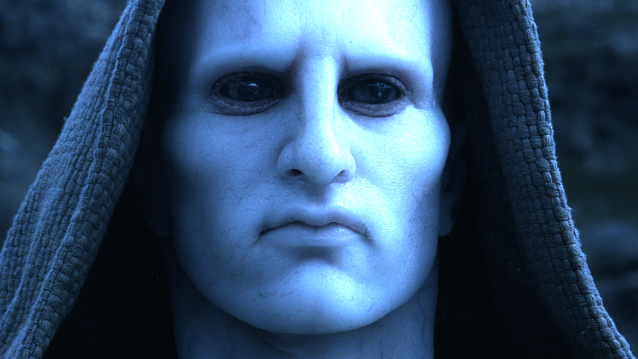 Via 21st Century Fox
Review of:

We’re still coming down from the intense high of Andor‘s season finale. It’s been a wonderful three months for Star Wars fans, with the show reminding us just how good the franchise can be when treated with care and intelligence. With the first season now done and dusted, the team behind it has been opening up on the first season, with today the first day they can freely discuss what we’ve seen without having to dance around spoilers.

There’s a particularly good interview with Diego Luna to pick over, a great quote from showrunner Tony Gilroy, and a full catalog of all the Easter Eggs tucked away in Luthen’s store (we can’t believe some of these were right under our noses the whole time).

So now, on the day Grogu floats through Manhattan as part of the Macy’s Thanksgiving Day Parade, let’s get stuck in:

For the majority of Star Wars fans, Andor is manna from heaven after years of thin gruel. But, as always, there are haters out there. Serve them up a character-focused and thematically rich story and they’ll still complain it’s too slow-paced and “boring.” We feel a little sorry they can’t appreciate this, but then a lot of people come to this franchise looking for nothing more than lightsaber duels, space battles, and backflipping wizards.

One criticism we’ve seen leveled is that Cassian Andor isn’t a heroic protagonist. We’re introduced to him killing two cops and for the first half of the season, he was essentially an amoral mercenary who was in it for the money. Now, in an interview with Vulture, Luna says that was the plan all along:

“Cassian had to be that guy because this is a big show that wants to tell the story of people that big shows never cared about before. It’s the only way to be honest about a revolution.

Yes, there are leaders, but revolutions are not made by leaders. They’re made by numbers, by conviction, by regular people thinking they can do something extraordinary. This is the story of one of those people that was never celebrated. Oh, this person is going to bring change, this person is different — no, not really. The strength of community, that’s what the show is about.”

This strength of the community was front and center in the finale, with Luna continuing to explain that they didn’t want Cassian to feel like an invincible wise-cracking hero:

“You cannot fall into the trap of making the charismatic, funny guy who you know from the beginning is going to find a way out. You have to think the opposite. You have to question, Why are we supporting him? I was always saying, “Let’s avoid movie moments as much as we can.”

Andor wasn’t short of big flashy performances, but we’re hoping Luna gets some recognition for his quiet, subdued, and determined protagonist who carried the show from start to finish.

Many creatives working with Star Wars have grown up with the franchise and have been fans from a young age. Tony Gilroy is different. The Michael Clayton director didn’t have much of an opinion on the franchise until Disney and Lucasfilm tapped him to save the beleaguered Rogue One. Gilroy and his team successfully turned that into a billion-dollar hit, but even then he didn’t think Lucasfilm would be interested in his lengthy and serious pitch for Andor.

We’re very glad they gave him a shot. We don’t want every Star Wars story to be this mature, but other creators should be taking notes on why this worked so well. Now, as an insight into this writing process, Gilroy has explained the historic influences behind his tale of revolution, imperialism, and communities coming together in collective action.

Speaking with Deadline he said Andor isn’t inspired by a single event, but by the “continuum” of history:

“There are things all the way through the show, and I don’t want to go through and quote chapter and verse, but this is the Russian Revolution. This is the Montagnard. This is something interesting that happened in the Haitian Revolution. This is the ANC. Oh, this is the Earth Gun Building, Palestine. This is the Continental Congress. This goes all the way…I mean, you could drop a needle in the last, I don’t know what is recorded history, 3,000 years, legitimate recorded, I mean, slavery, oppression, colonialism, bad behavior, betrayal, heroism, I mean, it’s a continuum.”

The season two shoot is now underway and, while Andor might not have been a Mandalorian-sized hit, we’re sure Disney and Lucasfilm are pleased to have a critical darling with real awards season prospects on their hands. We hope they let Gilroy continue doing what he’s doing with as little interference as possible.

Compared to The Mandalorian, The Book of Boba Fett, and Obi-Wan Kenobi, there weren’t many Easter Eggs tucked away in Andor. The exception was our trips to Luthen’s antique store, which was stuffed with a plethora of references to other Star Wars media and other properties.

We were watching these scenes with an eagle eye and felt pretty proud when we spotted the armor from The Force Awakens, Indiana Jones’s whip, and the Sankara Stones from Indiana Jones and the Temple of Doom. Now StarWars.com has done a full rundown of everything else in the store and we’re surprised by what we missed.

One particularly obvious one that passed us by was a set of Beskar Mandalorian armor in the shop area. We know how valuable these are from The Mandalorian, so there must be a warrior out there who’s feeling particularly dishonored right now. Let’s just hope the Armorer doesn’t get wind of this…

More sneakily there were various Carbonite blocks tucked away with the fertility idols from Raiders of the Lost Ark inside as well as a reference to an altogether more adult science-fiction franchise. Apparently, you can also see an Engineer’s head from Ridley Scott’s Prometheus too, making this the first direct link between the Alien universe (now also owned by Disney after the Fox merger) and Star Wars.

Let’s just hope the Xenomorphs don’t make an unwelcome appearance in a galaxy far, far away.