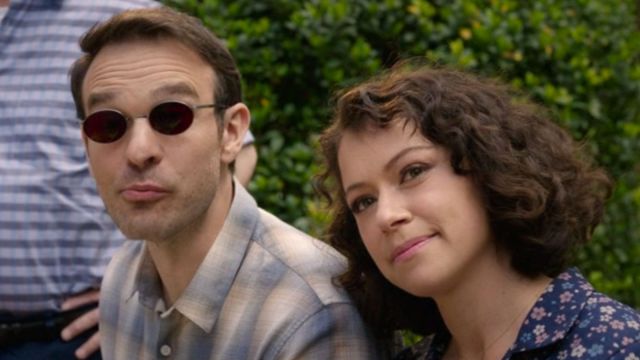 Warning: This article contains spoilers for She-Hulk: Attorney At Law.

In the original Netflix adaptation of Daredevil, we mostly see that crime-fighting lawyer in dark and gritty environments. Over on Disney Plus, the series finale of She-Hulk: Attorney At Law did more than just break the “familiar Marvel storyline”, it also showcased this blind superhero in a whole new light… literally. And fans are eating it up.

During the series finale, Jen Walters asked K.E.V.I.N to set her show’s big climax during the day as one of her demands. Another request she had was to bring back Daredevil, which K.E.V.I.N. obliges. So you could imagine the shock and surprise fans had when they saw this gritty superhero, who’s usually seen at night, rush to Jen’s aid during the day.

It’s not just the Daredevil suit in the daylight that has fans losing their minds. Fans got to see Matt Murdock being casual rather than just a serious lawyer in the series finale. Fans cheered as their favorite superhero was seen with the Walters family and smiled as he was being introduced. But most importantly, they loved that Murdock wore a light-colored outfit rather than a bland suit and tie.

The series finale of She-Hulk had Walters literally break the fourth wall to change the ending of her show after she realized how messy the current storyline was. She fought her way through Marvel Studios to demand changes for her show’s ending, to which the studio, more specifically K.E.V.I.N, obliged. However, it’s unsure if She-Hulk will return for a second season or if we’ll see Walters in Daredevil: Born Again.

All episodes of She-Hulk: Attorney At Law are now available to stream on Dinsey Plus.