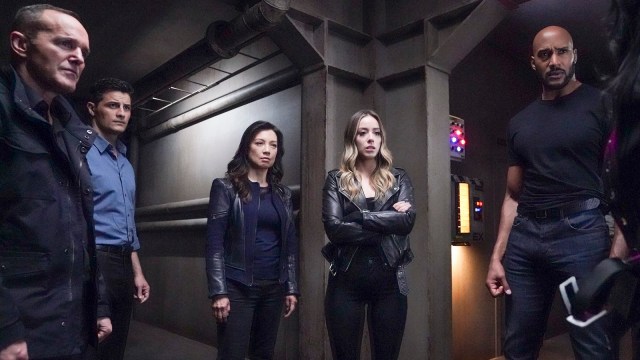 The Marvel Cinematic Universe continues to hurtle headlong towards the conclusion of its fourth “phase” with the release of Thor: Love and Thunder, putting the production schedule closer to the finish than the start. With six movies out and five more to come, some fans are asking when, if ever, are they going to see S.H.I.E.L.D. again?

The federal agency played a huge role in the early phases of the MCU, with S.H.I.E.L.D. leader Nick Fury effectively pulling all the strings that resulted in the formation of The Avengers. S.H.I.E.L.D. seemed on the spot for every superhuman event that occurred in the MCU up until the organization was shaken to its foundation during the events of Captain America: The Winter Soldier when it was revealed that the organization had been secretly overrun by HYDRA agents since the post-war era.

Government agencies have played a part in Phase 4, with extraterrestrial protection agency S.W.O.R.D. playing a big part in WandaVision and the D.O.D.C. aka Damage Control featuring in Spider-Man: No Way Home and Ms. Marvel. S.H.I.E.L.D. is ostensibly still in existence, even though director Fury has apparently resigned (and is in orbit, apparently), but the group has been all but invisible in the current phase. When do we get the OG Marvel government agents back? Are they gone for good?

Reddit users are fielding a number of theories. Some think that S.H.I.E.L.D. will remain in the background in favor of S.W.O.R.D. Some just want to know if the Agents of S.H.I.E.L.D. series and characters remain canon. Marvel Studio president Kevin Feige has remained ambivalent.

We do know for certain that Fury, as well as Maria Hill, will be returning for the upcoming secret Invasion series. It’s not clear whether we’ll hear from whatever remains of S.H.I.E.L.D. in the new series, however.

One Reddit user pointed out, quite correctly, that given all that has happened to the decades-spanning franchise over the year it’s probably best not to count anyone or anything from the comics or the MCUs past off the table. Even if it doesn’t seem in the cards right now, S.H.I.E.L.D. is likely to turn up again, even if it isn’t in Phase 4. Now if we can just get an IRL Life Model Decoy of Clark Gregg.