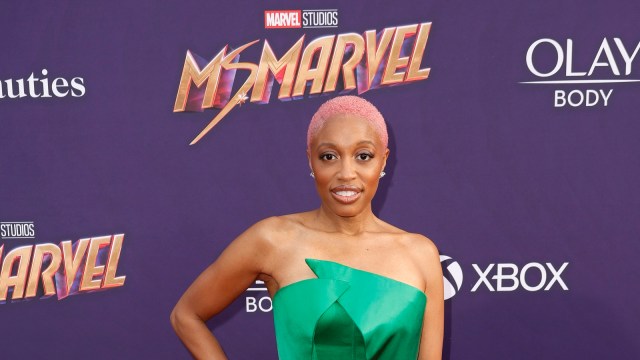 Travina Springer is marveling at her good fortune of playing black Muslim convert Tyesha in the MCU series Ms. Marvel.

Springer, who can be seen in episodes one, two, and three, lauded her character and the show itself in an interview with The Direct.

“I think the biggest feelings I have are just overwhelmed with joy and gratitude. And I’m just extremely honored to be not only a part of such a groundbreaking project that’s going to shift a lot of narratives and a lot of opportunities for South Asians, for Muslims, but also on a personal level to play Tyesha Hillman-Khan. Who is a black Muslim convert in this series, is, I mean, I couldn’t have asked for a better way to be introduced to a broader audience.”

Beyond being meaningful for Springer, playing Tyesha also happens to be a great deal of fun, which she highlighted by talking about how Ms. Marvel is a perfect combination of important work and creative fulfillment.

“It’s special when an actor gets to play like a fun character. But when you get to be part of an important project as well, I think words really can’t express what that means, you know, as I want to do something that’s meaningful, as well as creatively fulfilling, and to have the two things come together is just chef’s kiss.”

Springer was raised in Oviedo, Florida, and moved to LA to pursue an acting career. Since then, she has appeared in films like Valentine’s Day, American Sharia, and The Mule, plus series such as Tosh.0, The New Shade of Black, and Strange Angel. Ms. Marvel is far and away her most successful project, as it currently holds a 96 percent approval rating on Rotten Tomatoes.

Hopefully Springer shows up in more episodes of Ms. Marvel as it continues to drop weekly on Disney Plus.