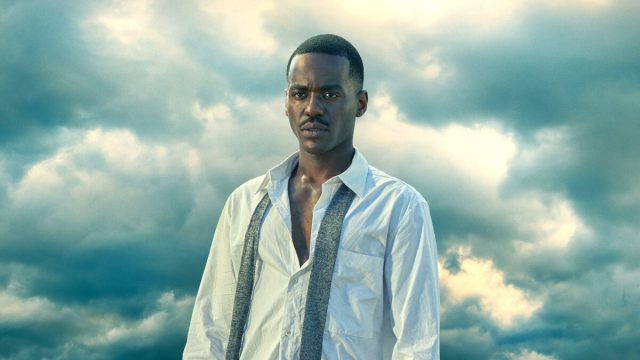 Image via BBC
Review of:

Two Time Lords have come together in a wibbly wobbly time-wimey crossover appearance. While promoting the upcoming era of Doctor Who, Ncuti Gatwa and Peter Capaldi celebrated Doctor Who day together this Nov. 23, as demonstrated by these black-and-white pictures showing a very happy duo of past and present Time Lords.

In the tweet shared by BAFTA Scotland, Gatwa and Capaldi were captured in full-body shots uniting the stars of two eras in Doctor Who history. The duo appears good-humored, striking poses and laughing in the pictures, proving that all it takes is a little time travel to ensure a good friendship. Capaldi memorably portrayed the Twelfth Doctor in the sci-fi series, steering the TARDIS from 2014-17.

Doctor Who is officially the longest-running sci-fi series on TV, according to the Guinness World Records, amassing a total of 871 episodes over the past 60 years. The sci-fi show initially ran from 1963 up until 1989, before it was revived by BBC in 2005, keeping its momentum until today. A few months ago, it was announced that the newest reincarnation of the Doctor will be in the form of Gatwa, who made history as the first ever Black actor to play the coveted lead role. Prior to the Sex Education alum’s arrival, however, the role of Doctor has been reinstated by David Tennant, following the regeneration of first female Doctor Jodie Whittaker.

Gatwa will be playing the Fifteenth Doctor in the series, five years after Capaldi’s last rendition as Doctor took shape on our TV. The actor is known for playing Eric on the extremely successful teen show Sex Education, currently available to stream on Netflix.

The Rwanda-born actor will take the role of the Doctor once the 60th anniversary specials air. And considering Tennant is a fellow Scot, Gatwa and Capaldi must be more excited for Doctor Who‘s next big birthday than most.