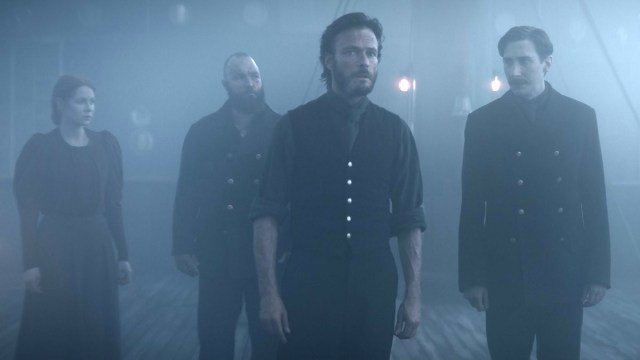 Compared to other genres, Netflix often faces accusations that it’s lacking in the top-tier horror department, at least on the feature-length front. In terms of episodic content, though, the platform has a wealth of terrifying tales to offer that aren’t exclusively limited to the Mike Flanagan back catalogue, with 1899 the latest out of the gate.

Expectations were high for the supernatural period piece given that it hailed from Jantje Friese and Baran bo Odar, the co-creators of Dark. The three-season sci-fi series is arguably one of the finest episodic exclusives in Netflix history, so subscribers were expecting big things. While reviews and fan reactions have been fairly mixed so far, 1899 has at least managed to deliver where it matters most; on the viewership charts.

As per FlixPatrol, the haunting mystery at sea has not only cracked the Top 10 in 89 countries around the world, but it’s also seized the top spot in 57 of them. From the outset, the thick layers of intrigue have been sending folks down a rabbit hole they can barely pull themselves out of, with theories running rampant from almost the second the eight-episode chiller dropped last week.

Unfolding in the titular year, a migrant steamship embarks on a perilous journey to bring its passengers towards a new life. However, when a second vessel is discovered in the middle of the open ocean, things take a turn for the nightmarish as the abandoned ship may not quite be as deserted as it seems. From there, the horror truly begins.