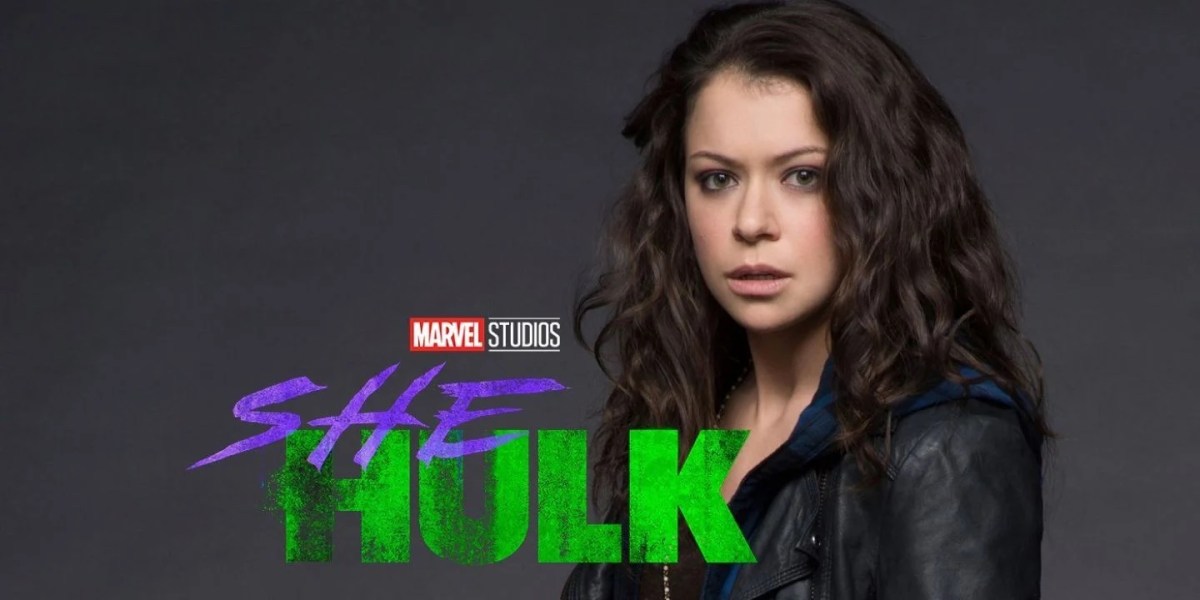 MCU fans can get their best look yet at Tatiana Maslany’s She-Hulk thanks to a range of officially licensed merchandise listed for sale on Amazon.

The range of items includes different Thermos with graphics of Maslany in character as the She-Hulk donning the purple, black, and silver outfit that was previously teased.

A different product shows the star flexing her muscles wearing a purple suit and holding what looks to be a set of scales.

To date, fans have only seen Maslany in character as Jennifer Walters’ human form. Currently, her green Hulked-up appearance is being kept under wraps. While this does give fans a good indication of what she will look like, there will likely be further adjustments made to her superhero appearance before we see her MCU debut in the upcoming show later this year.

She-Hulk is set to be a ten-episode legal drama with a twist as Walter attempts to balance her professional life as a lawyer with her newfound superpowers. Further info on the show will likely surface in the coming months though it was revealed at Disney’s recent investors call that the Marvel series will be ditching its promise of a summer 2022 debut. It was revealed during the call that She-Hulk will follow Ms. Marvel in Marvel’s Disney Plus release schedule.

This means that fans will have to wait before they can check the show out for themselves as according to the new information that has surfaced, Ms. Marvel is expected to premiere in June this year.

While She-Hulk is yet to get an official release date, there is still plenty of Marvel TV content to get excited about, especially as Moon Knight gears up for its launch later this month.