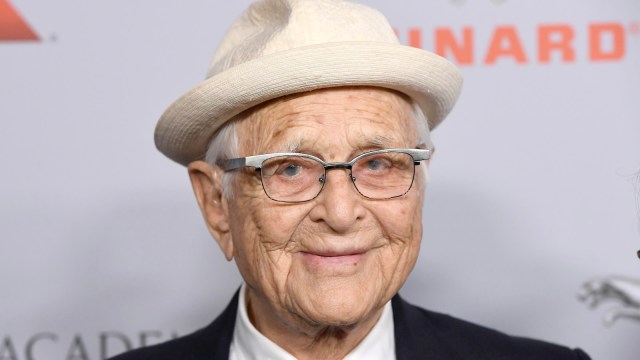 Writer and producer Norman Lear, who celebrates his 100th birthday today, has had one of the most successful show business careers of all time. Lear began his television career writing for sitcoms in the 1950s. He would go on to create and produce some of the most successful and acclaimed sitcoms of the 1970s beginning with All in the Family in 1971 and continuing with some of the first television shows to portray black family life to be shown on prime-time TV.

Despite a career that spans over half a century, Lear has continued to work in the field of entertainment and remains the Chairman of his production company, Act III Communications, and even executive produced the 2017 reboot of One Day at a Time that aired until 2020 and, like its predecessor, received mass critical acclaim.

Norman lear is believed to be worth an estimated $200 million in 2022, according to highincomesource.com. Lear’s fortune has sprung primarily from his two production companies, T.A.T. Communications, one of the most successful producers of prime-time television entertainment in the 1970s, and Act III Communications, which produced a string of successful movies in the 1980s including Rob Reiner’s The Sure Thing, Stand By Me, and The Princess Bride. In addition, Lear sold Avco Embassy Pictures to Columbia Pictures in 1985 for millions of dollars worth of shares in The Coca-Cola Company.

All in the Family

Lear had already worked in TV for several decades before he conceived of the idea of what became one of television’s most groundbreaking series of all time. All in the Family brought the generation gap and the politics of Nixon’s post-Watergate America onto the small screen for the first time via the contrast between the bigoted Archie Bunker, played by Carroll O’Connor, and his left-wing daughter and son-in-law Michael aka “Meathead” and tackled controversies such as the war, homosexuality, and rape for the first time on television.

Lear struck gold again with Sanford and Son, featuring famously profane comedian Redd Foxx as the irascible junkman Fred Sanford. The duo of Fred and his son Lamont, as an older schemer and a young black man seeking to escape his old life proved to be one of TV’s most successful sitcom formulas.

A spin-off, the first of many, of All in the Family, Maude, played by Bea Arthur, was the wiser and outspoken cousin of Edith Bunker. Her self-titled series addressed multiple issues of the times including civil rights but is most famous for the two-part episode dealing with abortion, screened a mere two months prior to the recently overturned Roe v. Wade decision.

A spin-off of a spin-off, Good Times dealt with Maude’s former maid Florida Evans, who moves to Chicago with her Husband to live in the city’s Cabrini-Green housing project. The show broke new ground as the first to portray black family life without using the lens of whiteness. The series tackled the Evans family’s struggle with poverty and racism and is still widely regarded today.

Like Maude, The Jeffersons were a spin-off from All in the Family featuring the Bunker’s former neighbors George and Louise Jefferson. After George strikes it rich with a chain of dry-cleaning businesses, the couple moves to a luxury East Side apartment in Manhattan. George could be just as set in his ways and small-minded on racial issues as his former neighbor Archie, and often found himself at odds with his new neighbors Helen and Tom, TV’s first interracial couple to appear as series regulars.

One Day at a Time

Lear addressed another set of social issues with One Day at a Time, which followed Anne Romano as she raised her two daughters as a single mom following her divorce. The show became one of the first to feature a non-traditional family makeup as the focus and ran for 9 seasons. In 2017 Lear rebooted the series as centered around a Latino family starring Justina Machado as Penelope “Lupe” Alvarez, a veteran U.S. army nurse separated from her husband and raising her children.

One of Lear’s best-known successes is The Princess Bride. Although many were reluctant to let Rob Reiner, a relatively new filmmaker at the time, direct the picture, Reiner was able to get support from old friend Lear as well as financial backing from Lear’s Act II Communications company. The film was only a modest success at the time of its release despite excellent reviews. It has since gone on to be one of the most beloved films of all time consistently being listed in polls and critics rankings as one of the best films of the decade.