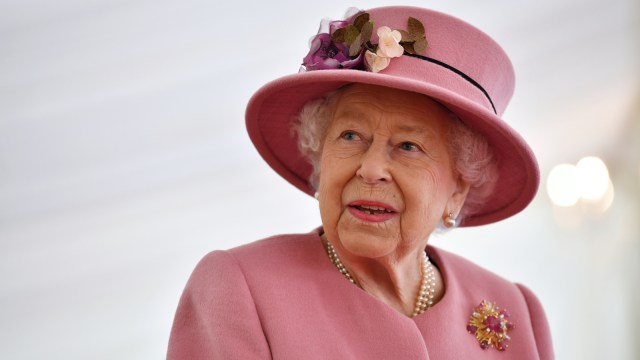 As you can’t have failed to notice, the funeral of Queen Elizabeth II is being held today, and naturally it’s being covered on all the major TV channels in the United Kingdom. Well, nearly all of them. One of the biggest networks in Her Majesty’s native nation has decided to ditch the trend and is forgoing broadcasting perhaps the most important royal event of the century so far in favor of sticking on… The Emoji Movie?

As Twitter account @NoContextBrits went viral for pointing out, seven out of the top eight channels on British airwaves are naturally airing Queen-related programming throughout the day this Monday, Sept. 19. The other, Channel 5, meanwhile, has taken the unexpected alternate approach of showing a range of family films of questionable quality. At the time of writing, 2017’s The Emoji Movie is currently airing, with 1999’s Stuart Little set to follow.

You have to hand it to Channel 5. Clearly, they realized that U.K. viewers would turn to more trusted and venerable channels like the BBC and ITV for their coverage of the Queen’s funeral so, knowing full well they weren’t going to win the rating wars today, they decided to throw on the worst possible excuse for entertainment they could find instead.

On the other hand, it might actually be a stroke of genius. As this Monday is a Public holiday, many schools are closed today as a mark of respect for the Queen’s passing. So reams of British kids are stuck at home right now with not much to do, so those households that aren’t paying attention to the funeral can keep their kids quiet for a couple of hours with the help of Patrick Stewart voicing a poop emoji. Thank you for your service, Channel 5.