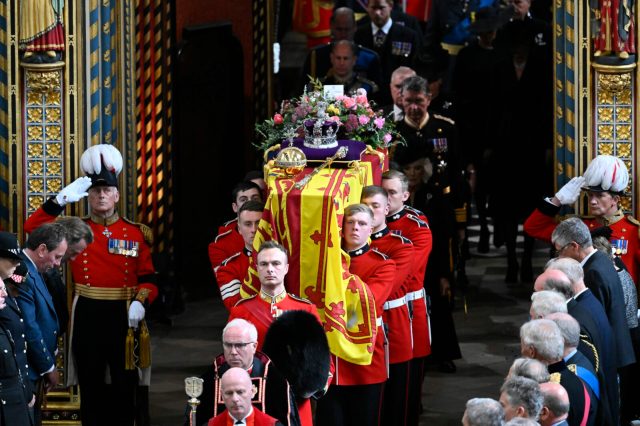 It’s been over a week since Queen Elizabeth II died at the age of 96, and now the longest-serving monarch in British history is finally being laid to rest. Following a long procession from Balmoral Castle, and a days-long lying in state at Westminster Hall, the official service takes place today, Sep. 19.

Given the record-breaking amount of people who queued to pay their respects at Westminster Hall, including celebrities like David Beckham, it appears that millions – if not more – from around the world will be tuning in to watch the proceedings. Plenty of celebrities, including Elizabeth’s royal relatives like the Duke and Duchess of Sussex, have already paid tribute to the late ruler on social media, and more tributes are likely to continue to pour out throughout the funeral proceedings.

The state funeral has taken place at Westminster Abbey and will now make its way to Windsor Castle for a final family ceremony. Keep up to date with everything that happens right here, as we take you through this world-stopping event as it happens.