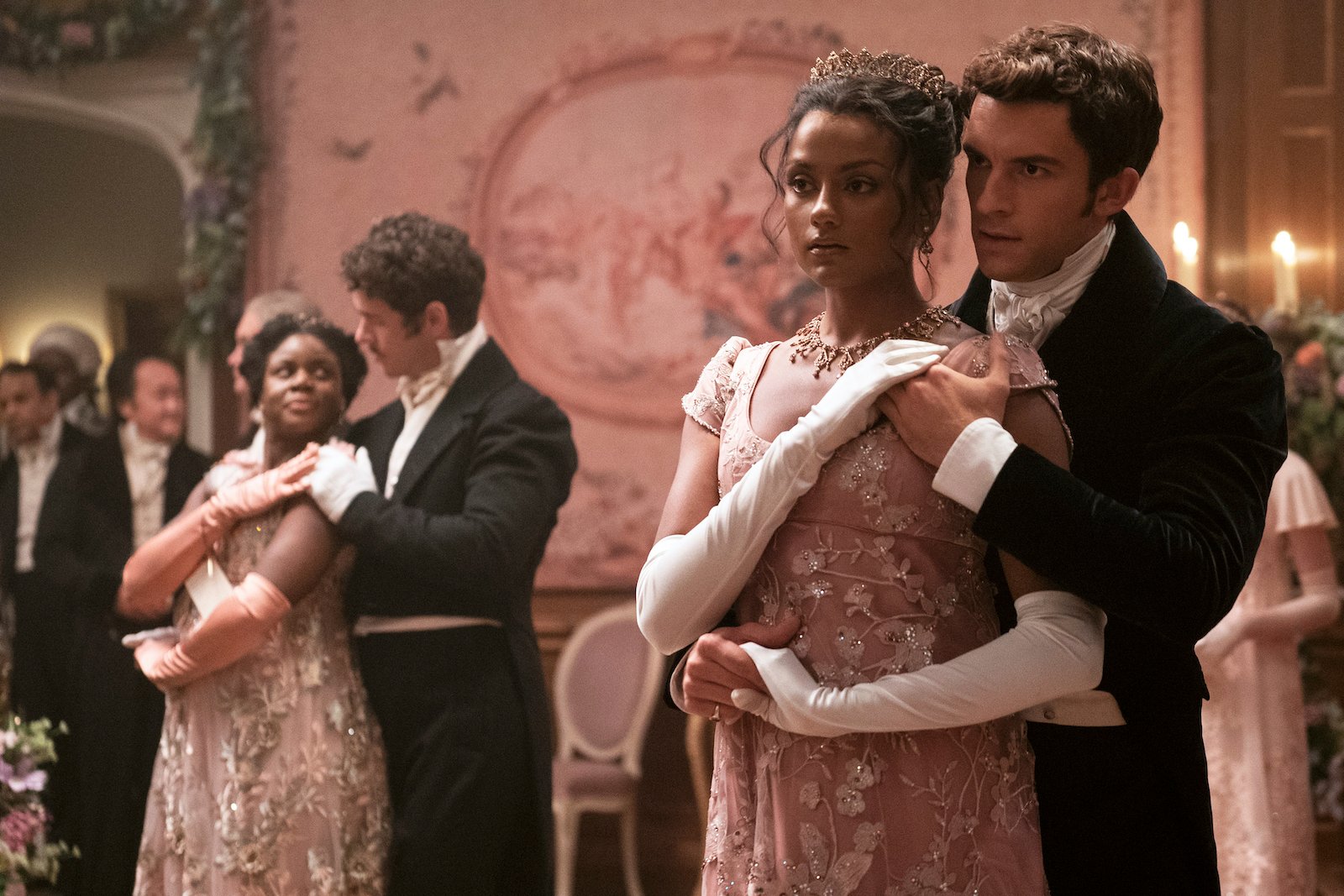 These first-look images at Bridgerton season two welcome fans of the mega-hit Netflix Regency drama back to the ton. The streaming giant struck gold yet again when it launched the romantic series over the 2020 holiday season, and ever since then, the show’s many fans around the globe have been anxiously waiting for more of the lovelorn Bridgerton clan. The good news is the wait is almost finally over, as previewed by these new promo photos.

As revealed on Christmas Day last month, Bridgerton will be returning to Netflix in March for its next batch of episodes. It’s a little too soon for us to get a trailer for season two, but these pics promise that it will deliver more of everything people loved about season one, including (nearly all of) their favorite characters back once more. Not to mention the addition of a couple of new ones. Catch the eight fresh images via the gallery below:

With the Duke and Daphne now happily married, season two will focus on eldest Bridgerton sibling Anthony (Jonathan Bailey) as he unexpectedly finds love with the independent and opinionated Kate Sharma (Sex Education’s Simone Ashley). The couple seems awfully close in one of the above images, with another confirming Phoebe Dynevor’s return as Daphne, despite Regé-Jean Page sitting this season out.

Another pic teases more from fan-favorite duo Eloise Bridgerton (Claudia Jessie) and Penelope Featherington (Nicola Coughlan). They look as firm friends as ever, but how long will it be before Eloise discovers the truth, that Pen is really the elusive Lady Whistledown, as revealed in the shocking season one finale? Elsewhere, Ashley’s Kate is pictured with her sister Edwina Sharma, as played by Charithra Chadran.

Just a couple more months to go before Bridgerton is back on Netflix on March 25.