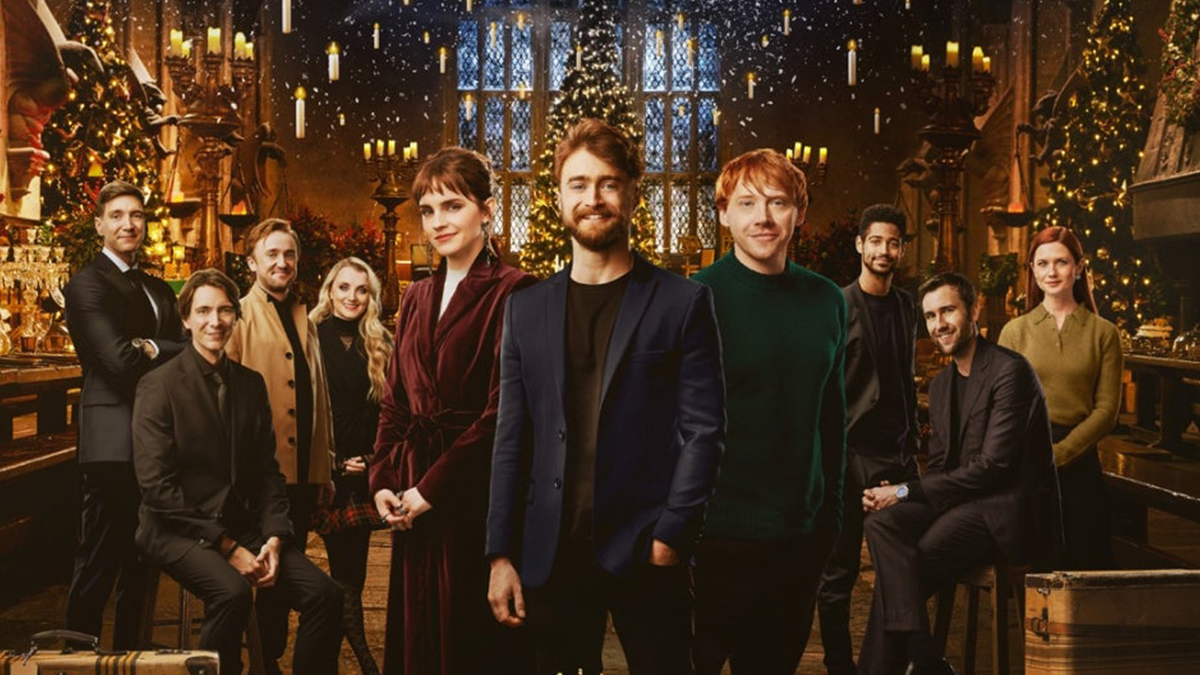 The Harry Potter 20th anniversary reunion special, Return to Hogwarts, proved to be a hugely emotional watch for fans as the cast of the beloved movie franchise got together, many of them for the first time in a decade, to reminisce about their time in the Wizarding World. At the same time, though, the special also delivered some unexpected hilarity due to a couple of goofs, as spotted by fans with eyes a lot sharper than the bespectacled Boy Who Lived.

As pointed out by LA Times, however, HBO Max has already uploaded a revised version of the special, which features the likes of Daniel Radcliffe, Rupert Grint, Helena Bonham Carter, and Tom Felton, which corrects the errors that went viral online. Fans can now watch the ironed-out edition, even though it would probably be more fun if they had just stuck with the one with the mistakes.

First up, it only took just a few hours after the special’s debut on New Year’s Day for the internet to realize that an apparent photo of Emma Watson as a child was really a snap of a young Emma Roberts, as taken from her Instagram account. Producers have publicly owned up to this one and shared this statement along with the release of the fixed special:

“Well spotted Harry Potter fans!” goes the statement. “You brought an editing mistake of a mislabeled photograph to our attention. New version is up now.”

Sure enough, Roberts’ photo has now been removed and a different image from Watson’s childhood is featured instead. Meanwhile, though the producers’ statement doesn’t reference it, a second goof has likewise been righted. Oliver Phelps, who played George Weasley, revealed in a light-hearted social media post that he was mislabeled as his twin brother James, who played Fred, in the special. The new version identifies the Phelps brothers correctly.