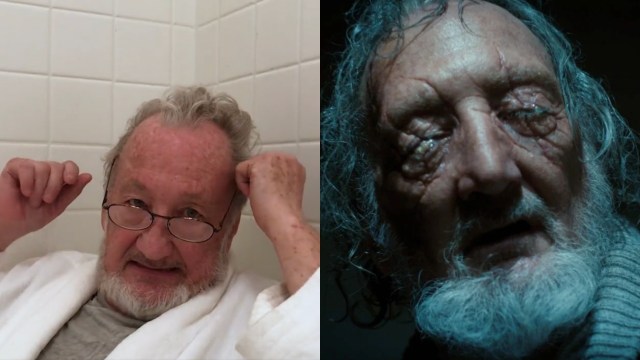 The action-packed fourth season of Strangers Things was notably home to an array of colorful characters that resonated in the hearts and minds of many fans — but there was arguably no other character more nostalgic and significant to the season than horror legend Robert Englund portraying Victor Creel. And while casting Englund in the sci-fi phenomenon was stellar enough, the actual story behind the 75-year-old actor’s audition is that much cooler.

Over on Twitter, the official Netflix Geeked account posted a recent interview with the Duffer Brothers during Geeked Week 2022, where Matt and Ross both revealed their shock and elation when Robert Englund sent in a surprise audition tape for the role of Victor Creel in — yes, you guessed it — a bathtub. And while neither brother even thought to contact Englund personally regarding the role, the infamous horror actor — known for his incredible portrayal of Freddy Krueger — pushed to be a part of the successful series. You can check out the interview for yourself down below:

Back in April, Matt and Ross revealed in an interview with IGN that participation in the fourth season was all Englund’s idea — and, now that we know the actual context behind his interest, Englund sending in his audition tape via a waterless bathtub makes it all the more entertaining. Fast forward months later, and Englund is successfully terrorizing a brand new generation with his cryptic body language and spine-chilling voice effects.

Stranger Things is available to stream worldwide on Netflix.