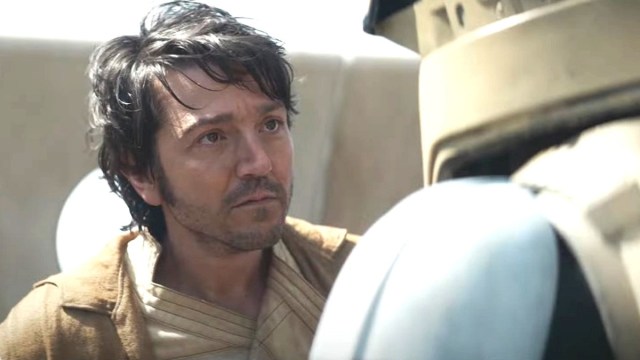 In the run-up to Andor‘s premiere, many Star Wars fans were skeptical. It’s been six years since Rogue One, and we all saw Cassian Andor die at the end. Do we really need 24 episodes showing the life of a one-and-done character from a spinoff? Even Diego Luna has admitted he had doubts, saying there may be “no need for something like this.”

We’re now seven episodes deep, and the consensus is that Andor is incredible and fans are fully invested in Cassian’s story. However, data indicates the show isn’t seeing the viewing figures of other Star Wars shows, so is that lingering skepticism still affecting its success?

As the show is essentially the origin story of the Rebel Alliance and focuses on many other characters, fans are wondering if it might be doing better if it wasn’t titled “Andor”. In a lengthy post on r/StarWars, a user praises the rich cast, multiple points of view on the action, the new settings and concepts it’s bringing to the franchise, but there’s a catch.

“I wish Disney had just called the show, “Dawn of the Alliance” or “Fractured Empire” or “Star Wars Flashpoint” or “Tales of Rebellion” or anything else, so that more people would give it a chance.”

Users agree, saying that Andor isn’t a great hook to market the show on:

We wonder how it would be doing with this name:

We also didn’t see half as much marketing for this as Obi-Wan Kenobi:

And this user was indeed not interested in a show about Cassian Andor, until they watched it and were hooked:

But maybe the focus should be on Cassian, as he’s the “central anchor” for this story:

And all the plots do indeed converge on him:

It’s worth remembering that prior to Disney Plus’ launch, the general public didn’t know or care what a Mandalorian was, though that show quickly snowballed in popularity once the positive reviews and word-of-mouth got out. We’re hopeful that the hugely positive buzz around Andor will eventually blossom and make the series a hit.

Either way, a second season is already on the cards and due to start shooting imminently, so even if it’s flagging behind hits like Obi-Wan Kenobi and The Mandalorian for now, we know we’ll see Cassian Andor’s saga resolved in style in 2024.