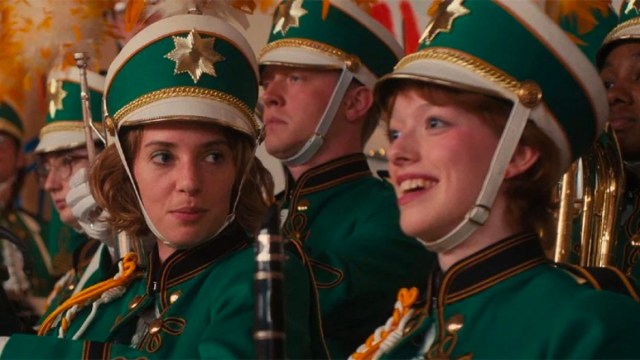 Netflix’s Stranger Things recently aired its second-last season. The fifth season will be its last, most of its characters have made it through, but, for one actress, death would be welcome, and, if this does not happen, a spinoff in the world would also be fine, too.

Maya Hawke, who plays Robin Buckley on the show, makes her views known in an interview with Rolling Stone. Her character came in during the show’s third season, and, for Hawke, it would be cool to get an epic ending, but it is also possible she will live to see the final credits.

“It’s the last season, so people are probably going to die. I would love to die and get my hero’s moment. I’d love to die with honor, as any actor would. But I love the way that the Duffer Brothers love their actors. The reason that they write so beautifully for me and for everyone else is because they fall in love with their actors and their characters, and they don’t want to kill them. I think that’s a beautiful quality that they have, and I wouldn’t wish it away.”

If she doesn’t die, Hawke is open to a spinoff. The team behind the show is working to build other properties in its world, and, while Hawke says she normally would not do it, she is down to if she can work with a certain co-star.

The final season of Stranger Things is set to premiere sometime in the middle or end of 2024. What will come after and whether Hawke’s character will be killed or carted off to the green and potentially grey pastures of spinoff land remains to be seen for now. One of the spinoffs has recently been described as 100 percent different, so may not feature any familiar characters.