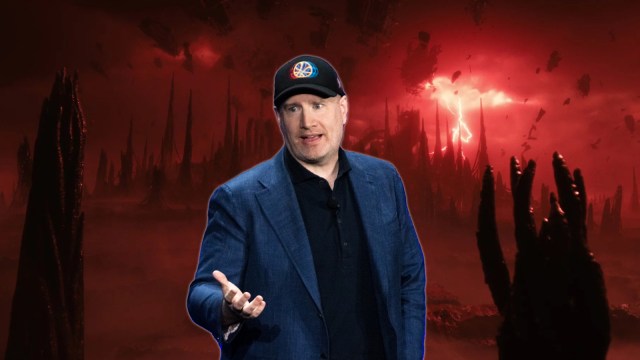 Stranger Things showrunner Shawn Levy is determined to get the expansion of the Duffer brothers’ universe right, after confirming he’s been picking Marvel Studios’ head Kevin Feige’s brain on the red carpet at the 2022 Emmys.

Speaking with Variety, Levy confirmed he has been spending time with Feige and has learned a lot about how to manage a universe, taking his newly learned skills and applying them to a so-called Stranger Things Cinematic Universe.

Kevin Feige’s credentials as a guru on the subject likely need no explanation, having pulled off the feat of assembling the Avengers, beginning the whole process with 2008’s Iron Man. The MCU has only continued growing since, with the first big Infinity Saga story arc culminating in 2019’s Avengers: Endgame. Of course, there is plenty, plenty, plenty more to look forward to from Marvel.

The STCU, which is fledgling by comparison, has two new projects in the works beyond Stranger Things 5, as fans can also expect a stage play and a spin-off series.

Levy is set to direct Deadpool 3, joking he and Ryan Reynolds have been brainstorming how to bring the two properties together. Levy says they haven’t cracked it yet, but it’s on the table.

While there has been no official word on when we can expect Stranger Things 5, the Duffer brothers confirmed it will be the final season in the original mainline series. In the meantime, fans continue to theorize how a dearly departed fan favorite character could make a return to the show.