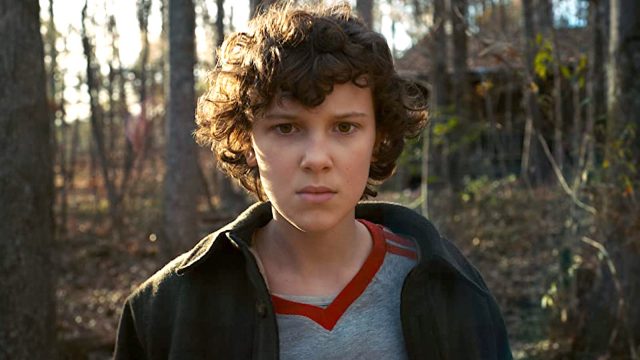 Fans are anticipating the final season of Netflix’s hit show Stranger Things after a killer fourth season this past summer. Even though we likely won’t see season five until late 2023, fans are busy speculating about the fate of Hawkins and their favorite characters, especially Eleven.

Season four left our heroes in a pretty bad spot: Max is in a comatose state with all of her limbs broken; they lost Eddie almost as quickly as he was introduced, and the town is on fire after the Upside Down leaks into Hawkins. The story followed the main characters in different locations throughout the majority of the season and at the very end of the finale, we see the group finally reunited. It’s a happy scene that quickly becomes horrifying as the gang stares down at the apocalyptic Hawkins.

The final season has a lot to address in order to give Stranger Things a satisfying conclusion, including the fate of Eleven, who is the show’s closest thing to a superhero. Eleven is intrinsically tied up with the Upside Down and the monsters within; we know she has the power to close gates to the Upside Down and season four implies she even created the alternate reality. While the relationship between the Mind Flayer and Vecna is unclear, both have shown themselves to be obsessed with her; in season three a flayed Billy tells Eleven they’ve been “building it all for you” while Vecna views Eleven as a threat due to her great power and won’t stop until she’s destroyed.

Based on these ominous developments, a fan theory has cropped up on Reddit, which believes that Eleven won’t make it out of the Upside Down in season five. She opened the door to the Upside Down, she must stay there to finally close it for good.

There’s strong reasoning here; the Duffer Brothers have a track record of using music to help tell the story — think back to season one’s use of “Should I Stay or Should I Go” by The Clash — and the time travel angle wouldn’t be completely out of reach. We know the show is going to have a time jump and while most have assumed that this means the characters will age, it doesn’t exclude traveling back in time. It would be bittersweet to see Eleven stuck in the Upside Down while her friends live on without her but it would be one hell of an ending.

Some fans don’t buy the theory, saying that time travel would be weak storytelling. Others are theorizing that the time jump has to be forward as the actors have all become young adults since the series progressed. One user pointed out that the show was originally supposed to be an anthology and was going to tell a different story each season, making it unlikely that an alternate D&D scene was filmed back when the actors were still kids. While we can’t say for sure if the theory will prove true in season five, it’s certainly an enticing possibility.

Seasons one through four of Stranger Things are available to stream on Netflix.