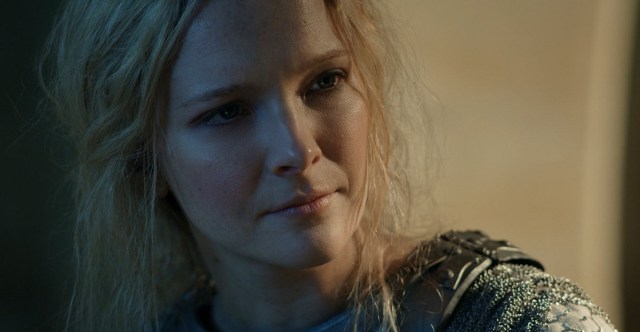 You asked and they delivered. The Rings of Power finale is full of revelations and answers, but the biggest rug pull of all involved the dark lord Sauron himself, who has now come out from the shadows to dominate Middle-earth.

Fans are finding it difficult to accept that the wise and ancient Galadriel fell for Sauron’s trickery in such an unsophisticated manner. The big bad had been posing as Halbrand all season long, but when it was finally time to complete the last move in his master plan, the Lady of Galadhrim caught up and put a wrench in his machinations.

For her part, Galadriel was blindly searching for Sauron without even realizing that her enemy might be closer at hand than imagined. But it seems that even Mofydd Clark, the Welsh actress who portrays the heroine in the Amazon adaptation, was in the dark about Sauron’s true identity until the late stages of filming per a new interview with Collider.

“So, I found out, Charlie found out that he was playing Sauron and I was told as when we were kind of filming our Numenor bits, but we weren’t given episode eight till really late on, so we didn’t know how she was going to find out and that was kind of frustrating and exciting. We also didn’t know how close they would become as well. When I found out that Halbrand was Sauron, we didn’t know how they’d feel after the battle in the Southlands and stuff. So it was kind of painful knowing more than Galadriel did, being like, ‘Oh no, you’re going to be sad.'”

It’s not without reason that they call him Sauron the Deceiver. Even someone as wise and old as Galadriel would fall prey to Sauron’s twisted plans, as blinded by rage as she was in the first Rings of Power run. Galadriel has now melted her dagger, the last reminder of Finrod, in a symbolic scene that is meant to represent her letting go of all that pent-up anger and hate, and the sole desire for vengeance.

This might also be a good opportunity for the female protagonist to seek out her missing-in-action husband Celeborn. In fact, we have a premonition that the second Rings of Power season, already in full production, will address this when it premieres sometime in 2024.