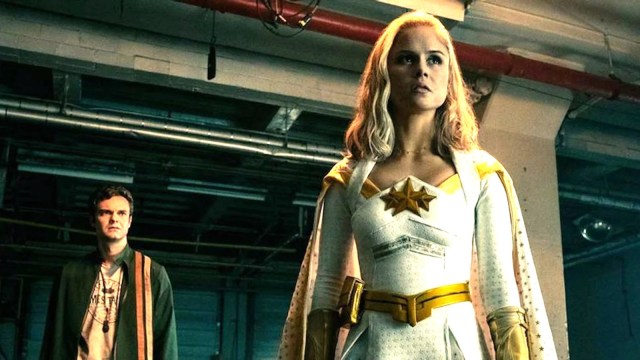 Erin Moriarty might return to The Boys with a whole new look.

Over the course of the Prime Video super-series, her character Annie January (formerly Starlight) developed a new attitude toward superheroism, which came to a head in the season 3 finale where she abandoned corrupt Vought and became a member of the titular anti-supe group. When she returns for season 4, Annie will need a new costume to match her attitude, which makes Moriarty happy.

“I was really glad when she threw that down the trash,” Moriarty told Variety, referring to the pivotal scene in the finale where she throws out her Starlight costume and joins the Boys. “That’s the costume she’s had since she was a little girl that her mom made. She needs to throw it away and find her identity without the influence of Vought and her mother.”

As for what Annie’s future holds, perhaps even beyond the Boys, Moriarty doesn’t care as long as she stays true to herself and away from Vought.

“I can’t see her going back to working for Vought. She’s done working with the corrupt, evil corporation and evil people. I hope she either remains as Annie or develops a superhero entity that’s outside of Vought.”

We can’t wait to see how Annie looks when season 4 of The Boys comes to Prime Video. However, if her outfit is anything like those worn by the other Boys, it’ll be plain and black.