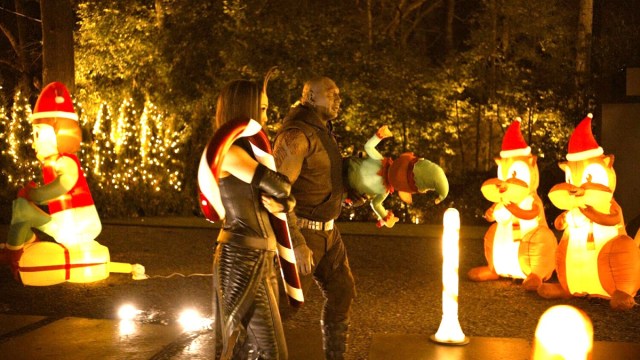 One of the biggest criticisms leveled at the Marvel Cinematic Universe since the franchise’s very inception has been the lack of memorable villains. Sure, we’ve had a few here and there, but nowhere near enough for a saga that encompasses 30 feature films and multiple TV shows. Breaking from tradition, The Guardians of the Galaxy Holiday Special takes a novel approach to the issue.

In an interview with Variety, James Gunn broke down his process for writing the Marvel Studios Special Presentation, and revealed that he was toying with having an antagonist trouble the titular team during their adventure on Earth, only to decide that the best method was to drop the bad guy altogether and focus on the story instead.

“One thing that’s cool about it is there’s no bad guy in this one. There haven’t been any Marvel stories that I can remember where there hasn’t been a bad guy of some type.”

There’s no obligation for every comic book adaptation to feature a baddie that seeks to make the lives of the heroes a misery, and in some cases we wish the MCU had taken that route. In typically refreshing honesty, Gunn admitted that he simply wasn’t interested in shoehorning a villain into the Holiday Special for the sake of it, so he opted to move forward without one.

“Before I wrote the screenplay, I wrote a treatment, and in the treatment there was this other threat. I just realized that I wasn’t interested in this other thing. There was an action sequence at the end where Kevin Bacon jumped around and was performing action stunts, which would have been pretty cool, but the threat didn’t interest me at all. What interested me was the interaction between the characters. So I just cut that out and made it a story about people.”

Kevin Bacon appears to be a more than acceptable substitute, with The Guardians of the Galaxy Holiday Special winning strong reviews right out of the gate. It’s destined to be an annual tradition for MCU fans everywhere, and it’ll accomplish that feat without the merest hint of mustache-twirling malevolence.