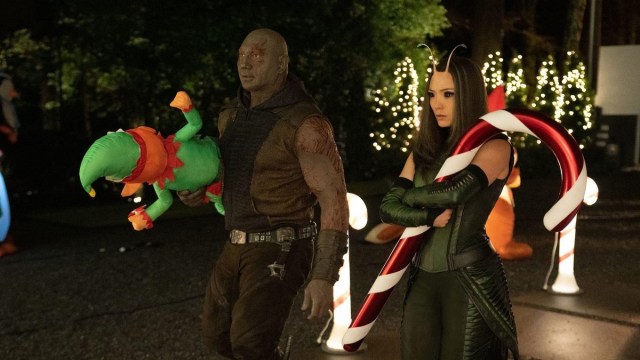 As the latest weapon in the arsenal of the world’s biggest franchise, Marvel Studios Special Presentations deliver one-off stories set in the cinematic universe that are capable of tackling any genre, with literally any characters capable of stepping into the spotlight. Werewolf by Night aimed for the supernatural, but it sounds as though The Guardians of the Galaxy Special targets the light and frothy.

Given that we’re talking about a festive spectacular written and directed by James Gunn that revolves around the MCU’s favorite gang of intergalactic oddities, nobody was expecting any heavy dramatic lifting or game-changing canonical revelations to be contained within.

Based on the first wave of reviews to have arrived online, though, that doesn’t appear to be an issue. In fact, the consensus is already pointing towards the Guardians Holiday Special becoming a staple of the annual calendar from here on out, even if the praise isn’t 100 percent unanimous.

Perhaps the most dissenting voice of all comes from us here at We Got This Covered, with our in-house review not exactly getting on the same wavelength as Gunn and his team. Believe it or not, nobody is obligated to instantly fall in love with everything the MCU puts out into the world, even though negative reactions are already appearing to be the minority.

On the plus side, everyone will be able to find out for themselves in less than 48 hours when The Guardians of the Galaxy Holiday Special comes to Disney Plus, with the streaming service’s servers set to be pushed to breaking point as everyone opts to spend Thanksgiving with Star-Lord, Drax, Mantis, Rocket, Nebula, Groot, and the rest of the crew.