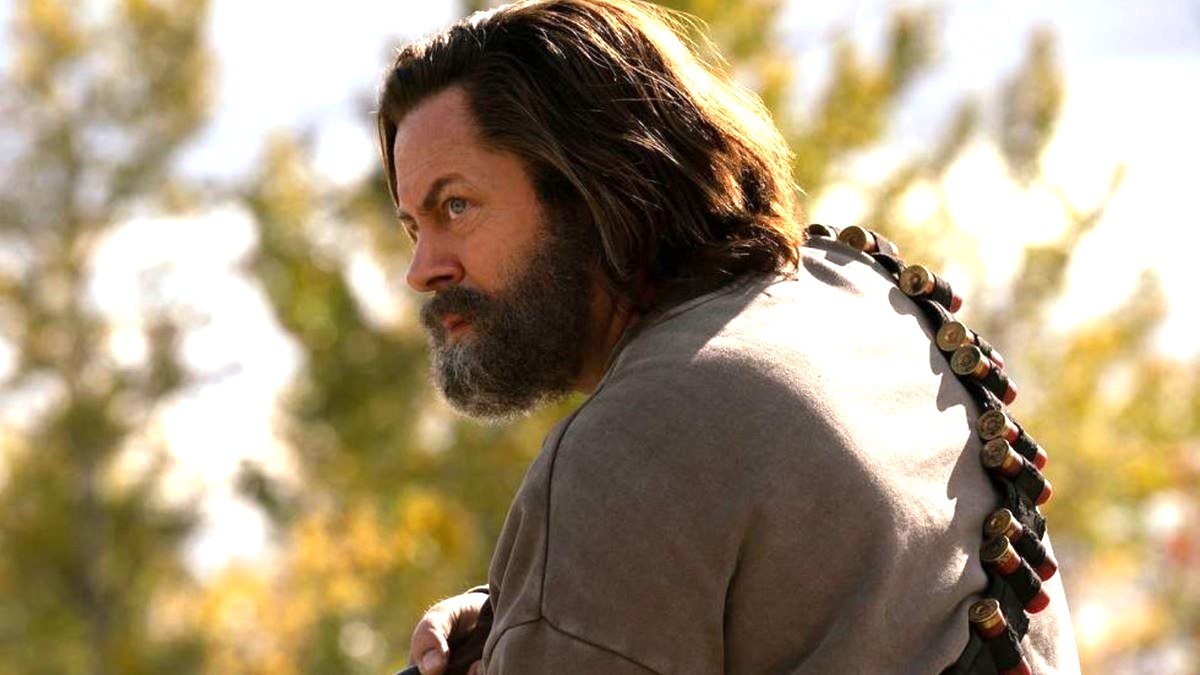 HBO was unexpectedly generous with The Last of Us when it came to pre-release coverage, giving critics the first season in its entirety to review. That may be because it follows the game’s plot so closely that spoiler leaks are redundant, though it also means that we know which episodes were considered the best of the bunch.

Episode three – “Long Long Time” – was singled out as not just a highlight of the season, but one of the best television episodes in months. Those who’ve played the game will know that after leaving the QZ Joel and Ellie make a beeline for a town controlled by Bill, a paranoid survivalist who’s rigged the place with traps to keep the infected at bay.

The show will follow that lead, but with an interesting twist that you simply couldn’t do in the game. There, Bill’s story was experienced second-hand by Joel and Ellie, but it seems that here we’ll get to see it play out before our eyes. Nick Offerman stars as Bill with Murray Bartlett as Frank, and a batch of new images from HBO teases a tender-looking love story amidst the carnage:

It seems that Bill and Frank have carved out a tiny slice of normalcy as we see them drinking wine and learning piano together. This being The Last of Us, there’s also a shot of Bill looking determined with a shotgun, so it’s not going to be all romance once the fungus begins creeping its tendrils into their lives.

The episode is said to feature relatively little of Pedro Pascal’s Joel and Bella Ramsey’s Ellie, even if we also get new glimpses at them as they continue their long trek across the country.

We may be more hyped about episode three than we were about the season premiere two weeks ago. Fingers crossed the critics were on the mark and “Long Long Time” is an hour of TV we won’t forget in a hurry.