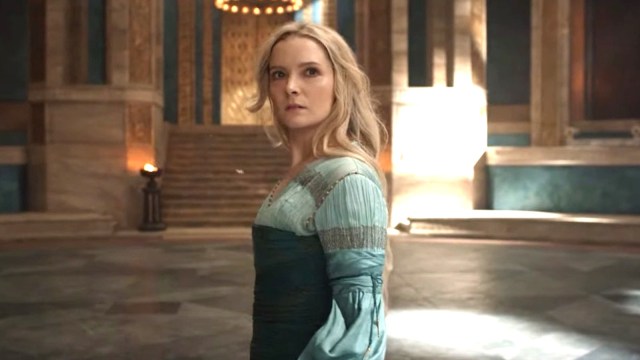 The Lord of the Rings: The Rings of Power is the most anticipated new TV show in years. Amazon has spent a ridiculous amount of money on bringing J.R.R. Tolkien’s world to life, with some estimates naming this as the most expensive television series ever made. Don’t expect many familiar faces though, as The Rings of Power takes a deep dive into the Second Age of Middle-earth and is set thousands of years before Frodo left Bag End on his quest to Mount Doom.

Now the long wait is almost over, with the show premiering this Friday. Many fans will be wanting to watch this the nanosecond it’s available, so the official The Rings of Power Twitter account has helpfully clarified at exactly what time the first episode will drop.

Viewers on the East Coast should tune in at 9 pm (meaning Central is 8 pm and Pacific is 6 pm) and viewers in the United Kingdom should get a pot of coffee on as they’ll have to wait until 2 am to see it.

It’s worth noting that each subsequent episode will air at 12 am ET on Fridays, so the network is clearly hoping for a bumper extravaganza for the premiere night.

Thankfully it looks as if The Rings of Power will live up to the hype. The reaction from critics has been almost universally positive, with many praising the ambition and scope of the show, along with J.A. Bayona’s strong direction. The only caveats are that the show is in no hurry to whizz through the story and that close attention is required as you’ll be introduced to a dizzying array of new characters as the show begins.

Whether it can really match Peter Jackson’s beloved The Lord of the Rings movies remains to be seen, but right now things are looking good.