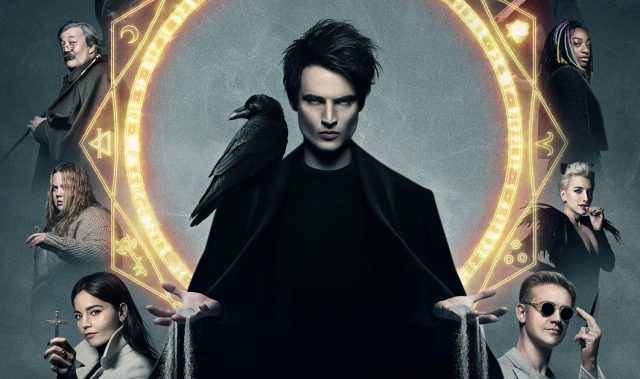 The endless wait is almost over. For 30 years plus, DC fans have been dreaming of the day when The Sandman would finally makes its way to the screen and that desire is finally about to become a reality when Netflix drops the much-anticipated first season of the flashy comic book adaptation next Friday. So with just seven more sleeps to go until it’s here, the streaming giant has shared a new character poster for the show, highlighting a key supporting player.

The poster in question stars Lucienne, the chief librarian and trusted guardian of the Dreaming, the realm ruled over by the titular Morpheus, King of Dreams. Vivienne Acheampong is playing the part, who is a male character known as Lucien in the source material. Although both versions of Lucien/ne can rock a pair of specs.

While much has been made about the TV show casting actresses to play male characters from the comics, creator and co-executive producer Neil Gaiman considers Acheampong the only real instance of gender-flipping in the show. Jenna Coleman’s Johanna Constantine is actually a relative of the more famous John Constantine, while Gaiman has decreed that Lucifer Morningstar, portrayed by Game of Thrones‘ Gwendoline Christie, is a genderless celestial being so logically can’t be gender-swapped.

The rest of the star-studded cast, as led by Tom Sturridge as Morpheus, includes Kirby Howell-Baptiste as Death, Boyd Holbrook as The Corinthian, Charles Dance as Roderick Burgess, Mason Park Alexander as Desire, Stephen Fry as Gilbert, Sanjeev Bhaskar as Cain, Asim Chaudhry as Abel, David Thewlis as Doctor Destiny, and Kyo Ra as Rose Walker.

There’s a lot riding on this one, but thankfully what we’ve seen of the series so far promises a superlative retelling of the originals comics saga — Gaiman has even admitted to crying during one, admittedly heart-rending, scene. Don’t miss The Sandman‘s 10-part debut run, adapting the first two graphic novels, when it awakens on Netflix this Aug. 5.