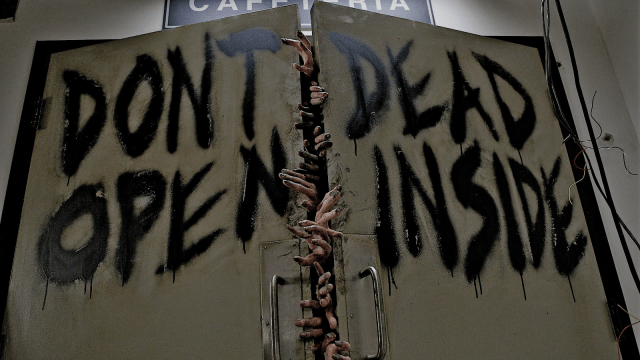 At long last, the flagship series in The Walking Dead franchise has come to a close, and it has done so in a clever fashion – ending as it began.

The series finale titled “Rest in Peace” opens with Judith waking up in a hospital bed dazed and confused while navigating the new reality of her surroundings.

The opening of the finale hearkens back to when her father, Rick Grimes (Andrew Lincoln) awoke in a hospital following a coma and had to quickly come to terms with the zombie apocalypse, and the awful grammar of the infamous “Don’t Dead, Open Inside” doors, twelve long years ago. We jest, of course.

It appears that Judith came out of last week’s penultimate episode alive and well, after taking a seemingly fatal gunshot from the final boss of the series, Pamela Milton – who in all her infinite wisdom started screaming, “You did this!” after landing the shot.

Sure thing, Pam – Daryl, Maggie, or any of the other Alexandrians plucked an assault rifle from the corpse of a Commonwealth soldier and started firing blindly at their own allies. Oh, wait…

It’s a good thing Judith survived because we’re not sure if we would have been emotionally prepared for Andrew Lincoln to return as Rick and learn of the death of his other child.

Speaking of, the finale is airing as we speak, so whether Rick returns in the finale to send off the original The Walking Dead or we’ll be hearing from him again in the untitled Rick and Michonne spinoff remains to be seen. Or in one of the other fifty spinoffs in the works for the franchise.

The Walking Dead still has some bite in it yet, and it’s far from over.