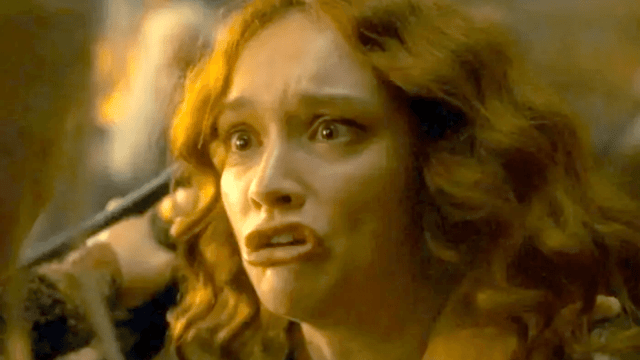 Warning: The following article contains spoilers for ‘House of the Dragon’ season one.

On today’s episode of ‘this is why we can’t have nice things’, we present you with a petition undersigned by a 2000-strong group of people with such severe PTSD over the latter few Game of Thrones seasons that they would see House of the Dragon writer Sara Hess lose her job over one scene they took issue with.

In all fairness, the creator of the petition, J.Oiko, was relatively cordial in the arguments they made, citing the respect they have for Hess’ work on Orange is the New Black, before diving into the reasoning behind why she should be removed from the show.

J.Oiko alleges that Hess was unable to justify the reasoning behind Rhaenys Targaryen’s actions at the end of episode nine, The Green Council. It’s a shame many of the other signatories of the petition resorted to sexism and general vitriol.

We’re always up for healthy discussion around what popular TV and film franchises can do better, and of course we’d back matters like a redo of the final season of Game of Thrones, as unrealistic as that is.

We’re for studios and decision makers reconsidering writers and directors for future projects to avoid mistakes of the past. It’s thanks to fan feedback that the DC Universe’s future is looking brighter than ever.

However there’s a line to be drawn when the writer of an otherwise critically and universally acclaimed television series is petitioned to be removed from the future of the franchise over one scene, which quite frankly, fell well within the motivations of the character in question. Rhaenys was quite clear over the course of the season around the abandonment of her pursuit of the Iron Throne, that thirst fell to her husband, Corlys Velaryon.

Familiarity with the source material may or may not offer a different take, and perhaps the resolution to Rhaenys’ character arc in Fire and Blood mightn’t eventually line up with the events of House of the Dragon. Bear in mind, however, that we’re only a season deep into the Game of Thrones prequel, and a plenty of retconning and gap-filling has already taken place in the show, much of which no one has uttered a peep about.

Do you seriously believe that Alicent would’ve taken Viserys’ pained, delirious last ramblings as gospel? No – everyone on this show makes nonsensical decisions at some point or another, that’s just how Westeros rolls.

You disliked the end of Game of Thrones. We get it. We all did. But is it really worth a writer losing their job because you disagree with Rhaenys’ decision to not fry the Greens extra crispy?