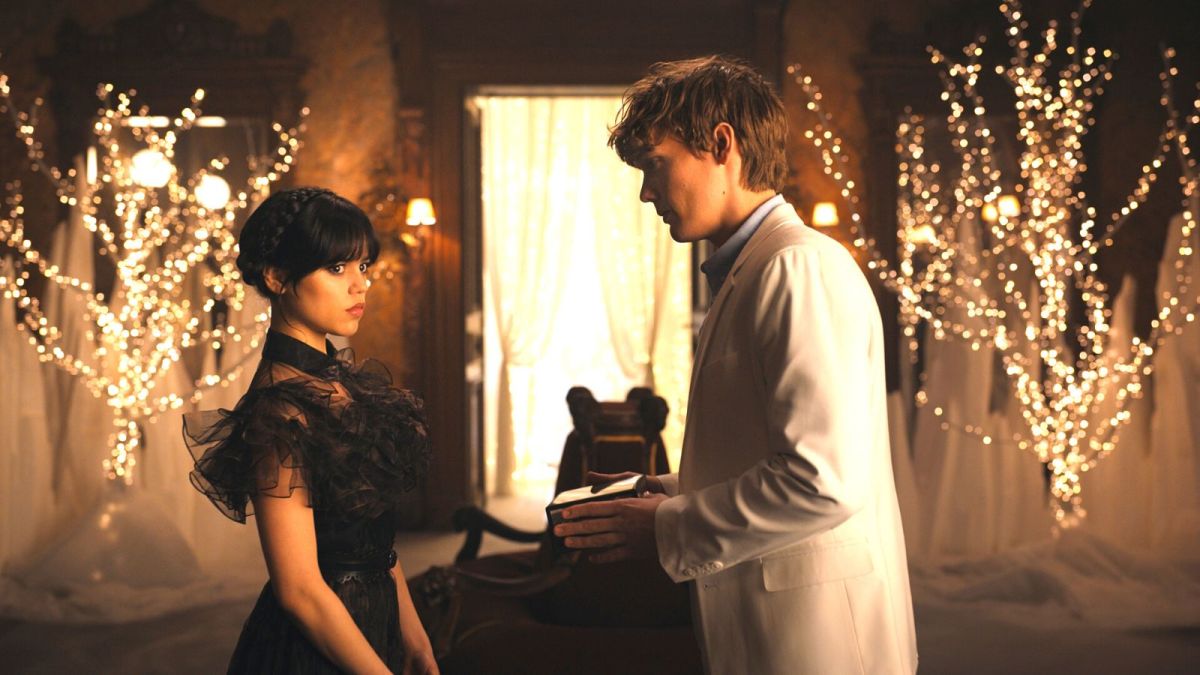 Right now, Wednesday is on Netflix and is reminding viewers of why the mysterious, spooky, creepy, and spooky ooky kooky can be fun. Though we did give it a positive review, it ends on one tantalizing cliffhanger that has left the fate of its crucial characters up in the air. Thankfully, even though the actors are as much in the dark as we are, they have shared some much-needed insight into what the future could hold for their respective characters.

Hunter Doohan — who is revealed to be the antagonist tormenting Wednesday Adams and her world — makes the comments about his character Tyler in a new article published by Digital Spy. At the end of season one, he is revealed to be The Hyde who was tormenting Nevermore Academy. While confirming his current status is impossible, Doohan has enough hope that Tyler will be returning for a second round.

“I do think he escaped at the end. When I read that on the page, I was so excited. I was like: ‘come on, don’t be dead, don’t be dead.’ I think he was being controlled by Miss Thornhill, and then he had to go manipulate Wednesday to carry out their plan. And I think he did a pretty good job with it.”

It also features one returning actress from the original films, though, this time Christina Ricci is playing a new character, i.e., Miss Thornhill. At first, her role appears to be mild-mannered and not eccentric, though, over the course of the show, more is revealed to those watching it.

Even though Tyler is seemingly out of the way, for now, Hynes White, who plays Wednesday’s love interest Xavier, is not optimistic about his character’s future with her given her overall demeanor and after their initial experiences together.

“I think that Xavier would hope, but knowing Wednesday, I very much doubt it. I don’t know if she’s the dating type, especially after their first soiree.”

A second season of the show has not been confirmed or announced as of this story’s filing. It currently has a 72 percent positive rating on Rotten Tomatoes. Critics have praised the show and commented on how well Jenna Ortega carries it. But there have been some who have criticized it for its tone-deaf delivery of inclusivity.

All eight episodes of Wednesday are currently streaming on Netflix.