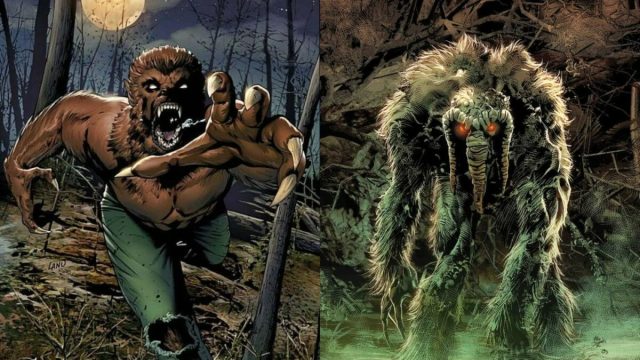 Devotees of the horror side of the Marvel universe have been gearing up to have their needs finally satisfied ever since the Blade reboot was announced way back in 2019. But this spooky season, although we’re still waiting on Mahershala Ali’s Daywalker to show up in the flesh, their day has finally come thanks to Werewolf by Night, the MCU’s first Halloween special set to howl its way onto streaming next week.

The trailer, which unveiled that the special will be in black and white, promises WbN will be a full-on throwback to classic horror movies and TV, with a strong Universal/Twilight Zone vibe. While hyping up the one-off treat to Empire, director Michael Giacchino made his unbridled passion for classic monster stories clear, revealing that the special’s entire existence actually came out of he and Kevin Feige geeking out over old Marvel comics. He explained:

“Kevin [Feige] said, ‘What would you like to do?’ I mentioned Werewolf By Night, and he looked at me, like, ‘Wait, really?’ I still have the comics that I bought when I was a kid… Kevin and I kept talking about it, and it’s evolved into this love letter to monsters and the humanity behind them.”

Not that fans should be going in expecting an out-and-out horror film, however. This is going out on Friday morning on Disney Plus, after all. Giacchino nimbly summed up Werewolf by Night to Empire as “fun horror,” which fits the kitschy tone teased by the trailer. That said, some younger viewers might find it all a bit much. “My nephew watched it recently, and couldn’t sleep that night,” admitted the composer-turned-filmmaker.

Following a surprise screening of the so-described “Marvel Studios Special Presentation” at this weekend’s Fantastic Fest in Austin, Texas, the first reactions are in, and they’re hugely positive. The Gael Garcia Bernal vehicle is being labeled as “super fun” and “surprisingly violent, as well as featuring lots of “neat easter eggs.” Get ready to take a bite out of Werewolf by Night when it premieres Oct. 7 on Disney Plus.