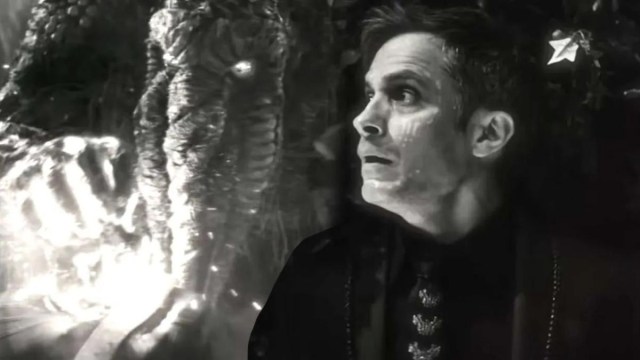 As a PG-13 franchise, there’s only so far the Marvel Cinematic Universe is willing, able, and allowed to push the boundaries of the rating. Doctor Strange in the Multiverse of Madness took things pretty near to the knuckle at points, with Michael Giacchino’s Werewolf by Night poised to bring the franchise as close to the precipice as possible.

Being a black-and-white production is a huge help, seeing as any potential geysers of claret won’t be getting splashed across the screen in vibrant reds, but at the end of the day, it’s still part of the Marvel Studios back catalogue – and will thus be viewed by an enormous number of younger viewers.

Giacchino would have obviously been keenly aware of that fact, but as he somewhat surprisingly revealed to ScreenRant, the top brass were keen to let him up the ante to degrees he wasn’t sure he’d even be able to get away with.

“You know, it’s funny, they never [did], at least if they did, they never did to me directly. They were always very supportive, and just allowed me to keep pushing forward, because so many of my comments during reviews and things would be like, “Can we put more blood on that? Can we add more?” Or even when we were making the thing, I remember a couple of days before shooting one of the scenes going, “Hey, what would happen if if she cut his hand off? How do we do that?” Everyone was always just like, “Okay, well, let’s go for it.” So, I have to give them a lot of credit in that regard, that they really trusted me to do those things.”

Werewolf by Night has been scoring rave reviews since making its surprise debut at Fantastic Fest, but us mere peasants will need to wait until October 7 to see the slicing and dicing supernatural one-shot in action. Based on what we’ve heard, though, it marks yet another bold and ultimately successful attempt from the MCU to avoid stagnation by constantly broadening its horizons.