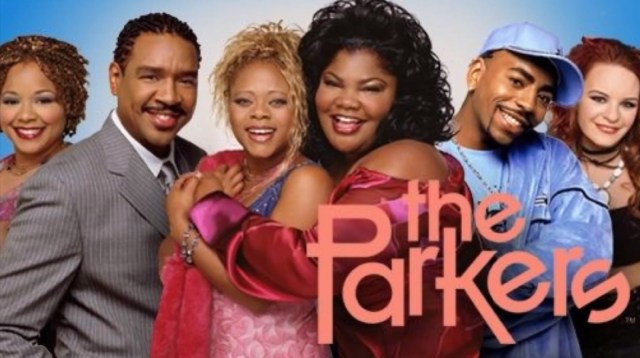 For five seasons on the now-defunct UPN Network, The Parkers gave audiences a plethora of positivity and laughter among all of the sitcoms you could find on TV at that time. It even further launched the career of one of the funniest female comedians of that respective era.

Pitched as a spinoff of another successful UPN sitcom, Moesha, The Parkers was easily greenlit for even more of what fans of Moesha knew and loved. This show followed Kim Parker as she left high school as a best friend of the titular Moesha, to go on to attend Santa Monica College. However, she’s joined by her single mother Nikki, who finally has an opportunity to go to college herself, having previously dropped out of high school to give birth to Kim.

The show lasted almost as long as Moesha but more importantly came away with four NAACP Image Awards for comedy acting and even more various nominations. And Mo’Nique, who played Kim’s mother Nikki, was able to work consistently as one of the leading African-American female entertainers during the 2000s.

But since the series ended in 2004, what’s happened to the show’s cast since then?

Vaughn has been entertaining people ever since she was a small child. She quickly went from singing at her local church to winning the Star Search junior vocalist and overall junior championships in 1988. From there, she went straight to one of the main roles on the hit NBC sitcom 227. In the next decade, she earned guest roles on Thea, Hangin’ with Mr. Cooper, and Roc before releasing her first studio album, Countess, in 1992. Vaughn then was cast in her biggest role yet as Kim Parker on Moesha, in 1996.

Her award-winning performance as the hilarious best friend on that show broke the doors wide open for her when The Parkers spun off with Vaughn’s character sharing the lead. In 2004, she shared Outstanding Actress in a Comedy Series honors with her co-star Mo’Nique at that year’s NAACP Image Awards. After the series finale, Vaughn took some guest roles on a few short-lived sitcoms and also appeared in a couple of reality shows like Celebrity Fit Club, MTV’s Celebrity Rap Superstar, and Hollywood Divas. Earlier this year, she’s filmed a set of episodes for a television comedy called Kim and Niecy, which is rumored to be another spinoff of Moesha however, there’s no official release date.

Long before her Oscar-winning performance in 2009’s Precious, Mo’Nique gained success from being a stand-up comedian. She had the mic for much of the nineties until her undeniable popularity almost automatically got her the role as the hilariously persistent Nikki on The Parkers. In that role, Mo’Nique won three NAACP Image Awards for Outstanding Actress in a Comedy Series.

Once the show was over, her star power continued to grow as she took more acting roles in projects like Domino and Phat Girlz in addition to radio and stage opportunities. Then five years later, she took her biggest role, a supporting one in 2009’s Precious. For her efforts in this role, she won over 30 major awards including the Academy Award that year. After that, she hosted her own talk show, The Mo’Nique Show, and appeared in films such as Blackbird, Bessie, Interwoven, and Almost Christmas, having just wrapped her most recent project called The Reading.

In the lead male role, television actor Dorien Wilson was cast as the proudly intelligent and handsome Professor Oglevee. And right from the series premiere, his character caught the eye of Nikki, ensuing a story arc that spanned all five seasons of the show. Before The Parkers, Wilson had a consistent role on the HBO sitcom Dream On, from 1991 to 1996. He also had a recurring role during season two of The Steve Harvey Show, to go along with all of the guest roles he had in countless TV shows during the nineties. During his time on The Parkers, Wilson was nominated for three NAACP Image Awards and one BET Comedy Award.

After the series finale, Wilson kept right at it by continuing to appear in show after show and even began to pick up gigs in just as many movies. Over the last 20 years, he’s appeared in over 20 TV shows and 30 movies combined. His biggest role at this point was as one of the main characters on In the Cut, a popular sitcom on Bounce TV. He just recently wrapped a family Christmas movie titled, A Wesley Christmas and is currently filming The 4 Points, a crime drama, all the while having three separate projects in pre-production.

Veteran TV actress Jenna von Oÿ played Kim’s best friend, Stevie, for all six seasons of the show. Before The Parkers, she started her career as a child actor, appearing in several movies and TV programs of the mid to late-eighties. Audiences of the nineties would definitely remember her when she played Six LeMeure on the hit NBC sitcom, Blossom. She would also take a voice role on the popular Disney Saturday morning cartoon Pepper Ann.

After the success of The Parkers, von Oÿ would continue to work in only a handful of small appearances in TV shows like Cold Case, Family Guy, and another recurring voice role in a Canadian animated children’s television series called, What’s with Andy? Earlier in 2022, she appeared in Call Me Kat, as herself, in her first TV appearance since 2017. Away from the screen, von Oÿ works primarily as an associate editor and lead Nashville writer for Nashville-based lifestyle publication StyleBlueprint.

Ken Lawson had started his career in music, producing and writing music in 1996. He only appeared in two small TV roles and a recurring role, the first television role of his career, on In the House for 25 episodes. After that was a crucial appearance in a season four episode of Moesha. This episode was the spinoff that got The Parkers started off on its own. He was originally appearing in a recurring capacity during the first season of the show after it was picked up and was then put into the regular cast from season two on.

After The Parkers ended, Lawson went on hiatus for a couple of years before making small appearances in lesser-known productions for roughly 10 years. He then took his biggest role since The Parkers, appearing on Bounce TV’s In the Cut, along with Dorien Wilson, his former co-star in The Parkers. Since then, he’s only appeared in one production, a science-fiction horror film titled, Lumina.

Veteran actress Yvette Wilson was cast as Andell, the best friend to Nikki. The character actually appeared on a recurring basis, originally on Moesha, and was then brought along as one of the regular characters in the middle of season one of The Parkers. Before both of these shows, she was most known for her role as Lynette Armstrong on the ABC sitcom Thea. During the nineties, she also appeared in movies like House Party 3, Poetic Justice, and Friday.

After The Parkers, Wilson would make an appearance in the 2005 direct-to-video comedy Ganked, her last film role. On June 14, 2012, Yvette Wilson passed away from cervical cancer.

In 1992, Marrow made her first television appearance in the popular nineties action-drama show, Baywatch. She then took a bigger role on the ABC soap opera One Life to Live for two years. That was followed by a stint on the popular ABC sitcom Family Matters, followed by several roles on both the big and small screens. After starting the show from the first episode as the Parkers’ neighbor, Desiree only stuck around for seven episodes before the character was written off.

However, she still continued to find work as an actress, though her roles would be short appearances and small, supporting roles. She would be seen in projects such as National Security, Big Mommas: Like Father, Like Son, and 35 and Ticking on the big screen, as well as The Tick, The District, and Everybody Hates Chris on television.

The Parkers currently runs on various cable networks in syndication and is also currently streaming on Netflix.