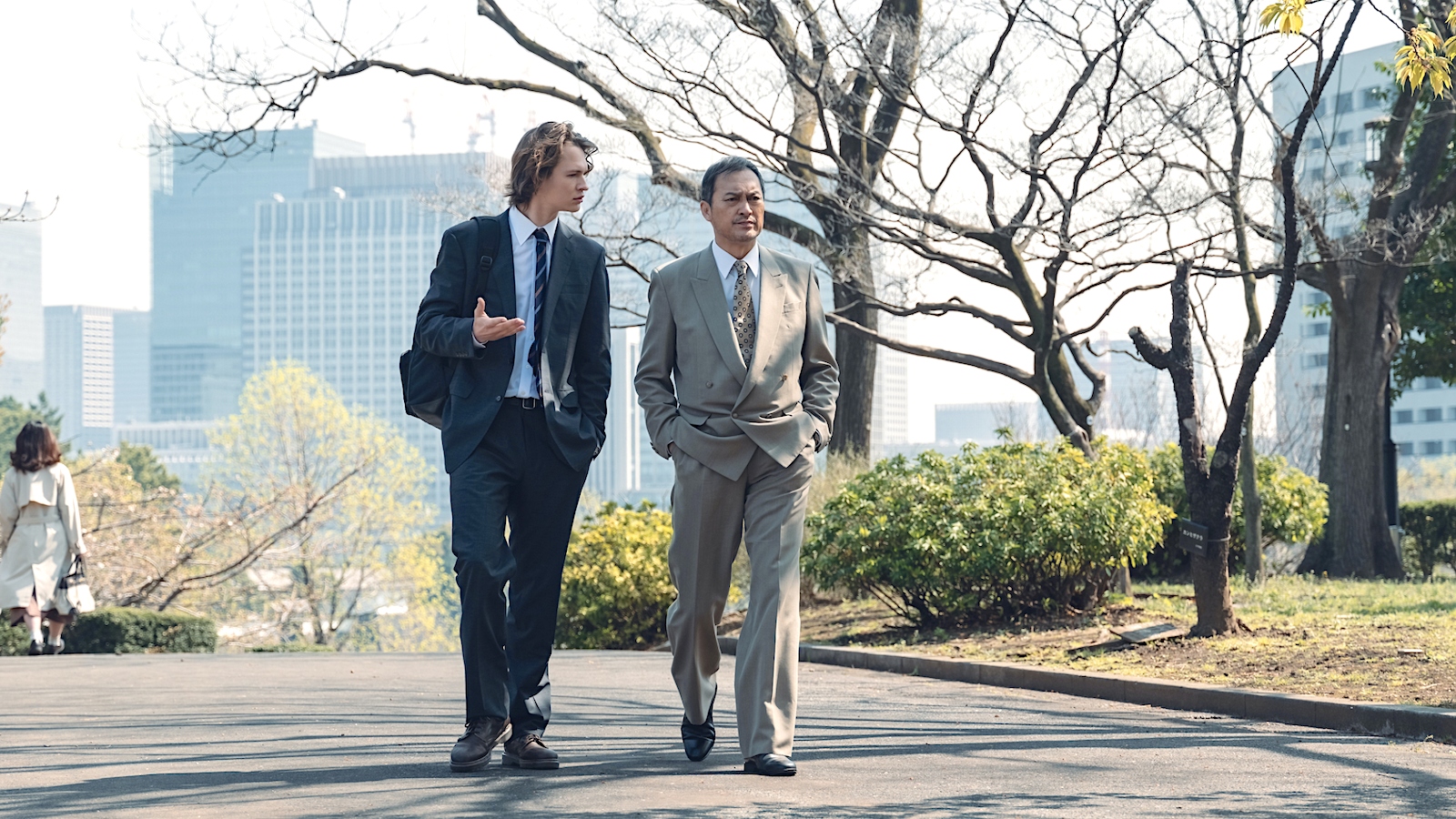 Exactly two months after its three-episode debut, HBO Max announced that the hit new crime drama has been renewed for a second season. Fans of the neon-tinged thriller no longer have to wonder whether or not they’ll get the chance to see Ansel Elgort’s Jake Adelstein and Ken Watanabe’s Hiroto Katagiri finish what they started in the pilot episode ⏤ it’s happening, and “soon,” according to HBO Max.

Season one saw Adelstein become the first American reporter to be hired at Japan’s Meicho Shimbun, the largest newspaper in the world, and investigate the dangerous dealings of the yakuza crime syndicate. Things got personal when Adelstein befriended one of the yakuza members and was ultimately threatened by another, who informed him that he should stop his investigation if he knows what’s good for him.

Though the show is inspired by true events, it’s ultimately a work of fiction, allowing its creators to introduce fans to a complex array of characters with storylines equally as intriguing as Adelstein’s. Since many of the subplots wound up in shocking places in the season one finale, fans have been begging HBO Max to renew the show for a second season. Now that HBO Max has complied, when can we expect season two to air?

When will season two of Tokyo Vice be available to stream?

Though HBO Max has promised that “this is only the beginning” for Tokyo Vice, the network has not yet offered an official release date for its second season. Whether or not “soon” means that production is already underway is also uncertain, but we’ll be sure to update you the moment more information becomes available.

Eagle-eyed viewers likely noticed that season one did not end where it began, meaning that the fateful meeting of Adelstein, Katagiri, and the yakuza in which Adelstein is heavily threatened could theoretically occur in season two, especially if the creative team doesn’t see the show making its way to a third season. A two-season arc would be perfect given the two-year time jump at the outset of the pilot episode, but if fans continue to rally for more, the creators may opt to stretch the storyline beyond the bounds of its original concept.

Whichever way the network decides to go, season one of Tokyo Vice is currently available to stream on HBO Max, and we’ll update you as more information about season two is announced.