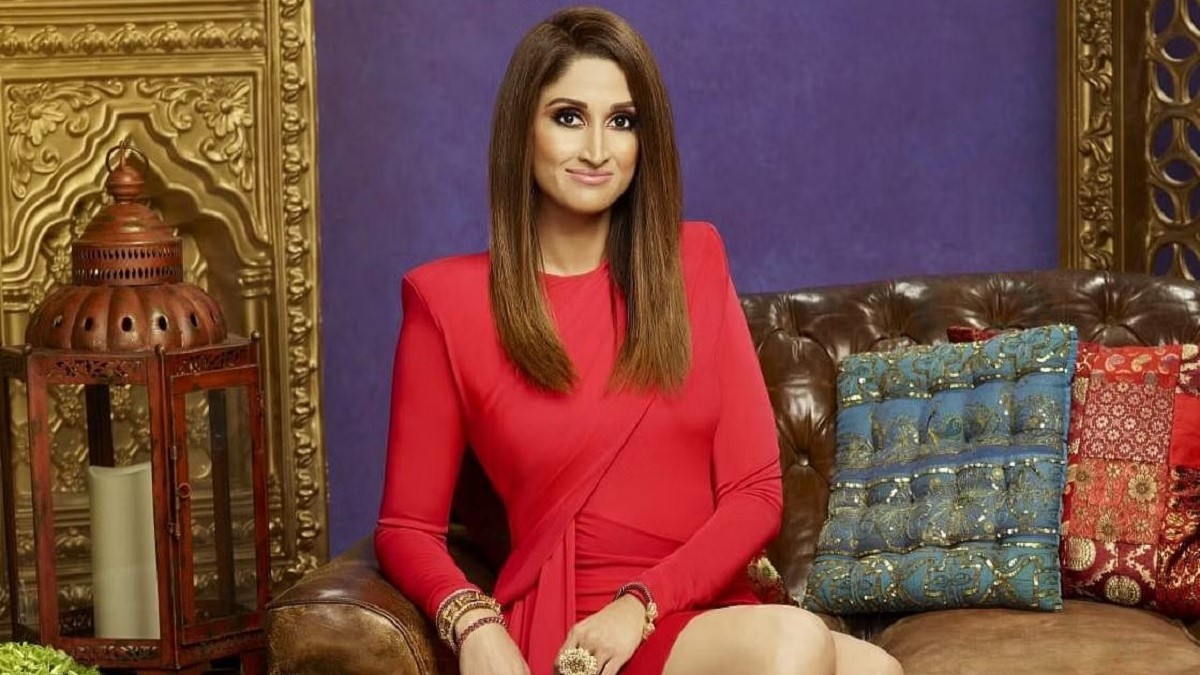 Since October, reality star and Family Karma alum Anisha Ramakrishna has been blissfully spending her days alongside her hubby as newlyweds. The couple wed in the fall, and, surprisingly, no one knew the identity of her husband until they finally tied the knot. Fans, however, may still have a long way ahead of them before they meet the man who stole the heart of one of Bravo‘s reality TV stars.

On Jan. 22, Anisha was invited to appear on Watch What Happens Live with Andy Cohen, where she expanded a little more on her life as a newlywed. Fans were hopeful that the TV personality would finally let on who her husband is. As it would appear, the plans to finally have a face or name reveal are not on the horizon. Instead, the 38-year-old shared some details about her family and their adaptation to the star’s newfound love.

According to Anisha, her mom and dad were “obsessed” with her husband. She confessed that her parents were in the Clubhouse audience during Sunday’s episode, and also admitted that they were the only people from her family that attended the wedding. “I did not [have a traditional wedding]. Do I look traditional?” she said, “I just had immediate family—my parents and my siblings, and the same for my husband.”

Many may recall that while the TV star never once revealed her husband’s identity, the third season of Family Karma was still heavily wedding-focused, and Anisha admits that she now finally gets why all of her friends were always so stressed. Apparently, “wedding planning [was] the worst thing ever,” for her as well, but it appears to have all worked out if her boasting about her nuptials is an indicator.

Unfortunately, though, fans will probably not meet Anisha’s husband anytime soon. Apparently, the call for him not to appear in public derives from his desire to remain anonymous, as “not everyone wants to be on television.” According to the reality star, her friends and most of her family did not met her partner until they finally officiated their relationship, making it all more obvious that the star wishes to keep her relationship private.

“No one needs to meet just a random guy, so until we’re married, which I said on camera, you’re not meeting him. And while we were filming, my grandparents hadn’t even met him. We are married. I got married two months ago. Bali [Chainani] has [since met him].”

So there’s that, Family Karma fans. The chances of ever knowing who Anisha’s husband is are low, but never impossible. At least everyone will surely hear plenty regarding the star’s hubby and their relationship, just without a face to the name.