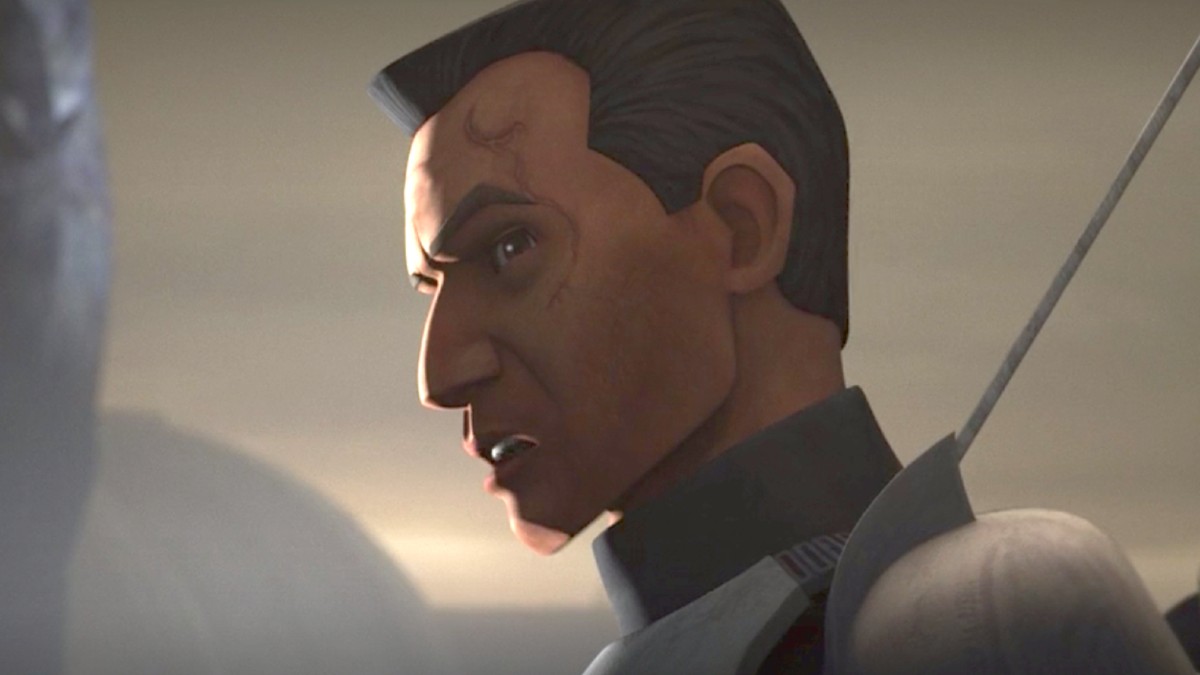 A surprising character reappeared in season two of The Bad Batch and brought memories of 2002’s Attack of the Clones flooding back.

The early 2000s live-action flick is one of the worst in the Star Wars lineup, but it has plenty of winning moments. The scenes between Padmé and Anakin are a slog to get through — oof, that dialogue — but the Battle of Geonosis remains a standout among Star Wars fights. The battle marks the beginning of the three-year Clone Wars and serves as the Jedi’s first major battle in years. The Clone Troopers officially entering battle for the first time was an explosive moment in Star Wars canon, and contained a tiny reference to the Bad Batch‘s most recent addition.

A character named CT-1226 was introduced in The Bad Batch season two, episode three, and it isn’t his first time in a Star Wars story. The sidelined character made his first appearance in a long-ago introduction to the clone army, but few fans will remember him.

That’s because he’s just one of many, many identical clones to take to the battlefield in Attack of the Clones. He’s thoroughly relegated to the background in the live-action release, but mentions of his heroics are included in Star Wars: The Essential Guide to Warfare, nestled in a short, captivating read titled Geonosian Debriefings, Vol. III. The story tells the tale of perhaps the luckiest Clone Trooper to ever live.

CT-1226 was deployed to Geonosis, along with the rest of his clone companions, at the outset of the massive battle between the Confederacy and the Republic. The debriefing contained in The Essential Guide to Warfare is written from his perspective and outlines the series of unexpected events that led him to become a Republic hero.

Soon after he entered combat, CT-1226 realized that his helmet was experiencing issues. Instead of receiving communications from his commander and fellow troopers, CT-1226’s helmet was delivering nothing but deafening static. This led him to eventually fall behind his unit — despite his best attempts to keep them in visual range — and, following a missile attack from a nearby Hailfire, tumble into a recently-created crater on the battlefield.

Lost in the crater, CT-1226 fully loses track of his unit and finds himself stranded in the midst of enemy troops. Outside of the hole, he is nearly run over by a passing Hailfire — which he almost shoots, before realizing the futility of a blaster against a massive war machine. His blaster wouldn’t leave so much as a scratch on the tank, but some of the Confederacy’s own weapons might.

A nearly impossible moment, once again leaning into CT-1226’s incredible luck, leads the trooper to shoot a towering B2 super battle droid just as it takes aim at a nearby AT-TE. CT’s shot sends the droid’s shot awry, and directly into the armored Hailfire tank. The shot is enough to completely destroy the tank and ultimately earn the hapless trooper a commendation.

CT’s entrance into The Bad Batch, as Crosshair’s newly-debuted commanding officer, is thrilling fans of this tantalizing bit of Star Wars lore. The character’s dumb luck got him out of the Battle of Geonosis alive, but we know little about his actual personality. Viewers will have to wait for future episodes of The Bad Batch before finding out for sure, but fans are already celebrating Dave Filoni’s decision to include this largely unknown, but thoroughly intriguing, character alongside the Bad Batch favorites.

Star Wars: The Bad Batch airs weekly, on Wednesdays, on Disney Plus.