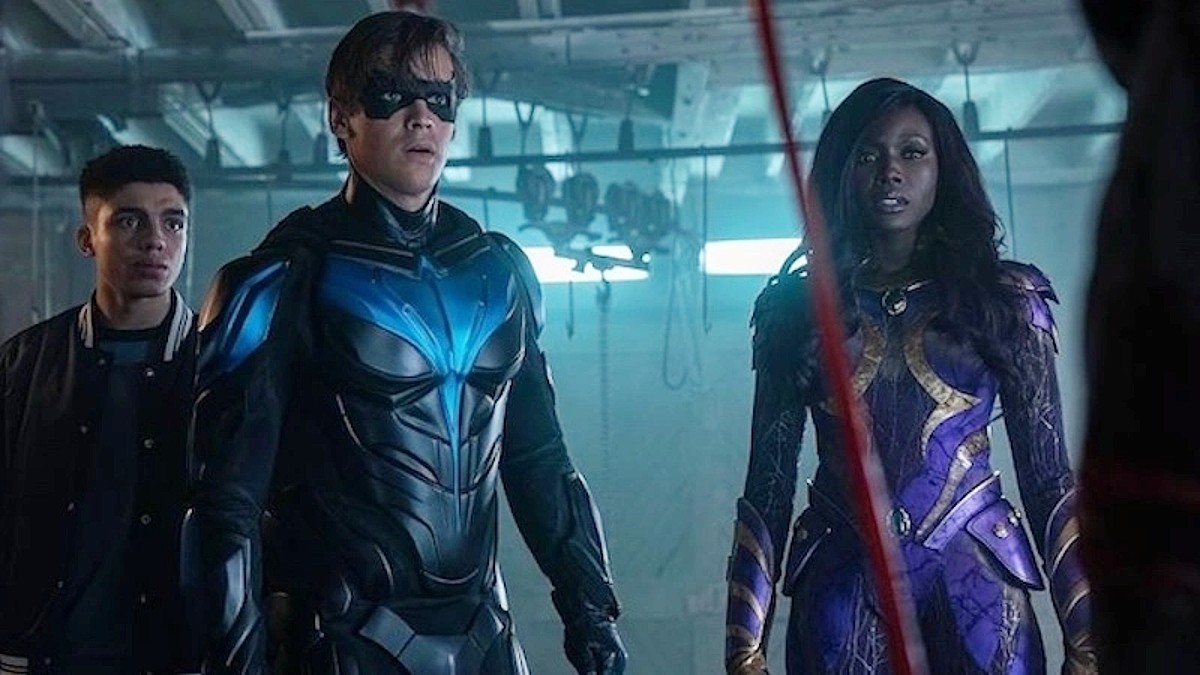 DC Titans and Doom Patrol are both coming to an end after season four and the potential reasons behind it might surprise you. Due to major shakeups at Warner Bros., now Warner Bros. Discovery, many shows, and movies have been put on the chopping block as the new vision for the DC Universe unfolds.

Variety reported that both productions have been aware of the cancelations for some time and affirmed that this has nothing to do with the cost-cutting tax write-off that killed the Batgirl movie, but the real reason for their ending may have bigger connotations for the DC Studios.

Both shows have reportedly performed well on the streaming service, but that didn’t save them from cancellation. According to Business Insider, Parrot Analytics recorded that Titans season three jumped to the top spot for the most in-demand shows. For a more comprehensive understanding of this situation, it’s best to look at what’s been happening at DC Studios.

James Gunn and Peter Safran are the co-chairmen of the studio and have set a new precedent, as seen with Black Adam not getting a sequel and Henry Cavill no longer starring in a Man of Steel sequel. The direction of the live-action DC Universe ever since Warner Bros. Discovery entered the picture has been a call for cohesion, and that’s the main plot in this situation.

Prior to this era, the DCEU suffered a confluence of complications, and the point of convergence could be traced back to Justice League, a movie that was first directed by Zack Snyder before he stepped down. It was then given to Avengers director Joss Whedon with less-than-favorable reviews. Warner Bros. wouldn’t greenlight a Man of Steel sequel, (a clear attempt to move away from the Snyderverse), and the Cyborg movie was canceled. Wonder Woman 1984, Aquaman, and Shazam! all released, but the connection between them was murky at best.

After years of fan outcry, Zack Snyder’s Justice League was released in 2021, but it was dubbed a “cul-de-sac” film with no promise of more stories to follow.

From the onset of DC Studios’ formation, President and CEO of Warner Bros. Discovery David Zaslav said that he wanted one single cohesive, collaborative culture, and this would extend to all parts of the live-action DC Universe. In a report from Yahoo!, Zaslav mentioned a plan to build a bible for a cohesive DC Universe with an overarching continuity across live-action films, TV, animation, gaming, and more. Zaslav reportedly spoke favorably of Aquaman, DC’s highest-grossing movie at $1.1 billion globally, and Shazam!, which could mean their futures are more favored. Still, other properties might not be as lucky.

A Twitter conversation in June 2022, between Gunn and comic book writer Kurt Busiek, revealed Gunn’s views on the structure of the DC Universe. The two debated having multiple incarnations of characters with the former taking the affirmative position and the latter the negative. Busiek argued that DC could have Tyler Hoechlin as Superman in Superman & Lois and Henry Superman movies, and people would be content with both. Gunn argued that there are people who will complain or be confused when a company tells different stories with the same character but with different actors.

Gunn added that comic book fans are accustomed to such comic book conventions, but he gets asked why Joaquin Pheonix’s Joker isn’t in his Peacemaker series. Busiek rebutted that it doesn’t stop people from enjoying the stories regardless of who’s playing who. DC has had multiple Batmen and it works out well. A different Joker will have a different Harley apropos of Margot Robbie and Lady Gaga both playing the role. Fans are always going to complain, that’s the nature of the beast.

This shows Gunn’s opinion on the subject of having multiple versions of characters existing at the same time, and he’s evidently not for it. In a story from Collider, he clarified his role as DC Studios head by stating that he was very open to communication and that he’s a huge comic book fan, but neither he nor Safran are in charge of comics. They are, however, in charge of all filmed DC Entertainment, which would certainly include Titans and Doom Patrol, and if the two shows no longer fit into the overarching plans of the DC Universe, it could explain part of the reason why they’re coming to an end.

In the case of Titans, it has too many major characters that are relevant to the DC Universe. Dick Grayson is Batman’s first sidekick and Nightwing of the most popular heroes at DC Comics. The show has also featured Donna Troy/Wonder Girl, Conner Kent/Superboy, Starfire, Raven, Beast Boy, and a slew of other well-known names. It is doubtful that Gunn would want multiple versions of these characters existing all at the same time if the goal for DC Studios is to have an interconnected universe between movies and TV.

Doom Patrol has fewer household superhero names, but it’s possible that if DC Studios want to use the characters later on, Gunn wouldn’t want them to be off-limits. This case is particularly disappointing to many fans since Doom Patrol is considered one of the best superhero TV shows despite its’ lack of pop culture impact compared to its contemporaries. It’s destined to live on as more of a cult favorite that didn’t receive the proper accolades in its time, but the work of all the creatives who made this show magical including actors Brendan Fraser, Matt Bomer, April Bowlby, Dianne Guerrero, Joivan Wade, Riley Shanahan, and Matthew Zuk is a testament to their work.

Based on this trend of cancellations affecting DC’s TV series, it’s looking less likely that Superman & Lois will survive after season three. Zaslav wants the brand to be cohesive and Gunn already stated his disapproval of having two live-action Supermen co-existing. Since it was announced he will be writing the new Superman movie, The CW series’ days might be numbered. DC’s Stargirl also ended after season three last year, and since the show was heavily connected to the Justice Society of America, its importance in the DC Universe is monumental.

After the news of the cancelations was released, Gunn responded to a Twitter user who wished him and Safran good luck in winning fans who enjoyed these shows and movies that are getting canceled. Gunn responded that the decision to end the series preceded them, and wished the talent behind the shows good luck.

Although it’s been reported that both series have been crafted to give them a proper ending, Titans director Nick Copus hinted on Instagram earlier in Jan. that he was “sworn to secrecy” about season five, implying that more episodes might be coming. And in an interview with Matt Sheehan TV, Greg Walker said, “We have so much pride in our show and put so much effort and care and love into it that we’d love to see our characters continue on and expand the family and the universe of Titans. It’s such a vibrant, fertile ground for storytelling for these characters.”

As it pertains to a potential season five, Walker stated, “Writers are taking a little hiatus and I’m finishing the post-production of season four, getting notes from the writers and the producers as we go through and finish it up. So that’s where our focus is right now. I’m assuming fairly soon there’ll be some kind of discussion about season five on a creative level. Right now we have thoughts that we kind of brewed internally about what we could do and how we could keep it fresh and what villains to use and what areas to explore and where we want to go. But they’re all preliminary right now. We’re gonna wait to see whether or not we get that season five pick-up.”

More details will assuredly come out in regard to the DC Universe’s future plans, but as of right now, it looks to be a matter of creating an unencumbered continuity across DC’s live-action projects.

Titans and Doom Patrol are both on hiatus after having and will resume with their respective part two episodes later in 2023. on HBO Max. Titans will crossover with Stargirl in season four, episode seven, “Dude, Where’s My Gar?”