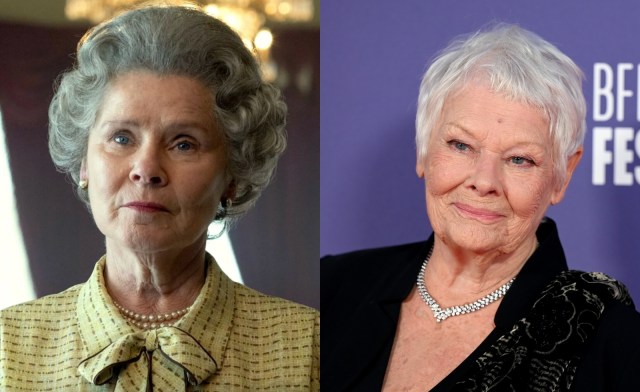 British acting veteran Judi Dench has come out in protest against Netflix’s refusal to add a disclaimer to their Award-winning show about the British Royal Family The Crown.

The 87 year-old actress wrote an open letter to The Times expressing her concern that if a notice is not given that the stories portrayed on the show are pure fiction, people might start mistaking them for fact. “The closer the drama comes to our present times, the more freely it seems willing to blur the lines between historical accuracy and crude sensationalism,” Dench insisted.

Despite widespread success and an award cabinet to match, from the start, the Netflix show, created by Peter Morgan, has been criticized for abusing its artistic freedom and portraying untruthful representations of the members of the Royal Family. The release of the trailer and additional details for season five have ushered in a new wave of objectors, among which are Dench, and former British Prime Minister John Major.

In her letter, Dench calls The Crown “cruelly unjust” and “damaging,” criticizing especially the showrunner’s choice to include a storyline in the forthcoming season where King Charles, then a Prince, plots for his mother to abdicate, as well, having the character suggest the Queen deserves to go to prison for how poor her parenting was.

“No one is a greater believer in artistic freedom than I, but this cannot go unchallenged,” the actress wrote, adding that is it time for Netflix to reconsider their choice to not include a disclaimer in their episodes of The Crown. “For the sake of a family and a nation so recently bereaved, as a mark of respect to a sovereign who served her people so dutifully for 70 years, and to preserve their own reputation in the eyes of their British subscribers,” Dench continued.

Back in September, The Crown halted production of their sixth season out of respect for the Queen’s passing both on the day of her death, and on the day of her funeral. At the time, Morgan described the series as a “love letter” to the late sovereign.

Netflix have previously spoken out about the issue, saying they have “every confidence” that their members understand that the show is merely based “broadly” on historical events, rather than their exact recreation.

Season five of The Crown will cover the 1990s, including Diana and Charles’ incredibly controversial divorce. It will renew its ensemble cast with Imelda Staunton replacing Olivia Coleman in the role of Queen Elizabeth II, Elizabeth Debicki taking over for Emma Corrin as Princess Diana, and Dominic West filling in for Josh O’Connor as Prince Charles.

Production is currently underway for the sixth and final season of the show, which will portray the years leading up to Diana’s death, as well as the aftermath of the tragedy. Season five premieres on Netflix on Nov. 9.