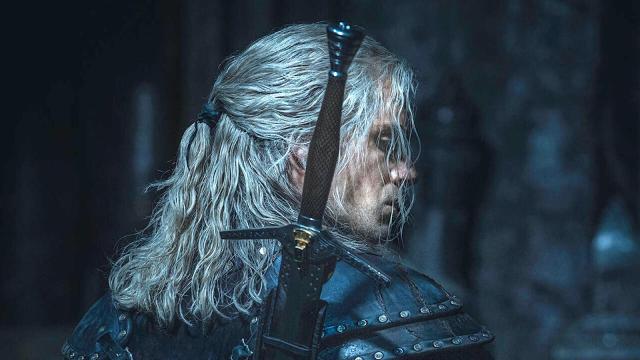 The news recently broke that Man of Steel star Henry Cavill will not be returning for the fourth season of Netflix‘s The Witcher, and instead, he will be replaced by Liam Hemsworth of The Hunger Games fame. Fans have been experiencing a whirlwind of emotions since the announcement of Cavill’s departure and there has been a mountain of speculation regarding why he might have left the series.

If you were not aware, the news that he would be departing the series was preceded by the announcement that he would be returning as Superman in a new Superman movie. So fans are speculating that the DC Universe is keeping him busy enough not to appear in the series. But that might not be the case, so let’s look at the few things that might be stopping Henry Cavill from returning to play Geralt in Netflix’s series.

Why is Liam Hemsworth replacing Henry Cavill as Geralt in The Witcher?

Two seasons of The Witcher are currently available to stream on Netflix, while a third season is on the way, set to hit the streaming platform sometime in 2023. The first season of the series dropped in 2019 and Cavill has been starring as the titular witcher, Geralt of Rivia ever since. Liam Hemsworth was announced to be replacing the role with Cavill departing the series. So, is it truly because of Cavill’s return as Superman? Probably not.

In 2019, Cavill was not actively Superman. Shazam was released in 2019, and Superman did appear in that movie from the insignia down. Cavill not playing Superman caused a stir with DCEU fans at the time, and he did not return as the character until Zack Snyder’s Justice League in 2021. But it was also supposed to be the last entry in Snyder’s DC, and it was heavily rumored that Cavill’s Superman would not be returning again. So we can assume that during the production of the first three seasons of The Witcher, Cavill did not have much, if anything, to do with Superman. With the release of Black Adam (consider this a spoiler warning if you have not yet seen it) Cavill was back as Superman, appearing in the post-credits scene and later confirming that his future with the character is bright. With that being said, having to shoot a Superman movie would seemingly not be too exhaustive to quit his role in The Witcher. It could always be that Warner Bros. hit Cavill with an exclusivity contract and so he had to respectfully bow out of the role, but there is another possibility.

Fans have been pointing to multiple interviews Cavill gave regarding The Witcher and how much of a fan he is of the source material, going as far as to say that he would stay on for the series’ seven-season plan if the team honored the source material. Recently the staff of The Witcher was taken to task with Beau DeMayo, the writer of the upcoming X-Men ‘97 saying that the people on the team had not read the source material and did not care to, with some openly mocking the books and games. The blatant disrespect of the source material could have proved disheartening to Cavill, who like other fans, only wanted to see Andrzej Sapkowski’s books translated on the small screen. Therefore with other projects — like an upcoming Superman film — to fall back on, it is possible that Cavill stepped away from playing one of his favorite characters because they were treating the character and the world with disrespect.

Of course, it could just be that the actor has other projects taking up his time, and with DC backing up the Superman money truck, he does not feel the need to be the main character in a Netflix series. It is unlikely that Netflix is where the issue lies, as he will be appearing in Enola Holmes 2 and generally seems to be in good standing with the streamer, although that might have changed now. With that being said Cavill is also attached to other projects, not just with DC, so it could be a combination of all of these issues.

Cavill could have had too busy of a schedule, or he could have been wanting too much money, which is doubtful because of how much he likes the character and how much money he would presumably be making as Superman. There is a chance that he was forced to make the decision to free up his schedule and he simply removed the one that would have taken up the most time or the one that he had become jaded with because of their treatment of the source material. We do not know why he is leaving The Witcher for certain, but these do seem like obvious answers to that question, so unless Cavill chooses to speak up, we are condemned to speculation.

As for why Netflix went to Liam Hemsworth to replace Cavill, that answer could be far less complicated. Liam Hemsworth has not been in too many projects lately, at least not many substantial ones. His latest major project was in 2020 with a series for the short-lived streaming service Quibi called The Most Dangerous Game. He does have a film coming out this year starring Russell Crowe, called Poker Face, but other than that he has not been prolific. It could be that Netflix leveraged its relationship with the more famous Hemsworth brother, Chris Hemsworth. After all, the Thor star has been in multiple projects for Netflix including Extraction and Spiderhead, and they produced Interceptor which starred Elsa Pataky, who is married to Chris Hemsworth. It is very possible that Netflix cast Liam Hemsworth as Geralt of Rivia as a way to continue their streak of collaborations with the Hemsworths. Could Luke be next?

Unfortunately for Liam Hemsworth, fans were less than thrilled with the announcement that he would be replacing Cavill, with some fans asking for the series to be canceled instead. We will still have time to mourn Henry Cavill’s run as the character, as he will still be portraying him in the third season of The Witcher which will release in 2023. The first two seasons of The Witcher are available for you to watch now on Netflix as well in case you want to remind yourself of what you will be missing when season four rolls around eventually.