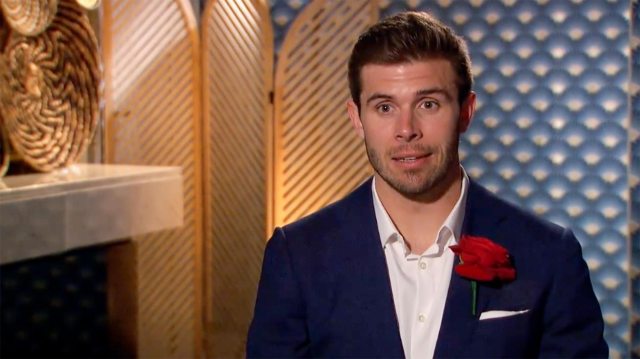 Bachelor Nation has been waiting anxiously for the announcement of the next Bachelor. Do we know him? Whose season is he from? Will there be one or two to match up with The Bachelorettes? All of these questions have finally been answered as Zach Shallcross was announced as our next Bachelor today.

The announcement was met with mostly positive reviews from fans of the franchise as Zach was considered to be one of the more genuine guys of Rachel and Gabby’s season, which concluded last night.

Regardless of what fans think though, The Bachelor is now set in stone and we can expect to see a season that showcases Zach’s romantic journey on his way to find love and hopefully a fiancé too.

On Rachel and Gabby’s season, we knew Zach as the tech executive from Anaheim Hills, California, who was falling for Rachel. On their first one-on-one, they found out they had a lot in common, which really seemed to set them up to succeed as a couple. He’s twenty-six years old and is described as an “old-fashioned romantic” with “a huge heart that he is so ready to share forever with the right woman,” per ABC’s online bio.

On The Bachelorette, we saw him with his family during hometowns, and he seemed really close with them, mentioning his parents as a big inspiration in his love life as they’ve been married for over thirty years. We look forward to seeing more of his “Uncle Pat,” aka Puddy from Seinfeld.

Zach also made it to Rachel’s top three, and they seemed really happy with her; however, he claimed that Rachel completely switched who she was with the cameras off during their fantasy suite. At the next rose ceremony, he confronted her about it and eventually left on his own accord after Rachel questioned if he was too young to be ready for marriage.

Now that he’s The Bachelor, though, he’s confirmed that not to be true and says he’s ready to find his best friend on his own season, which begins filming soon.

As for what we can expect out of this new season, we’ll have to wait for the first promo (or leak) to see what we can expect with Zach Shallcross as The Bachelor. He seems sincere and true and certainly ready for love; let’s just hope his girls feel the same way, and it will end better for him than it did for Rachel.