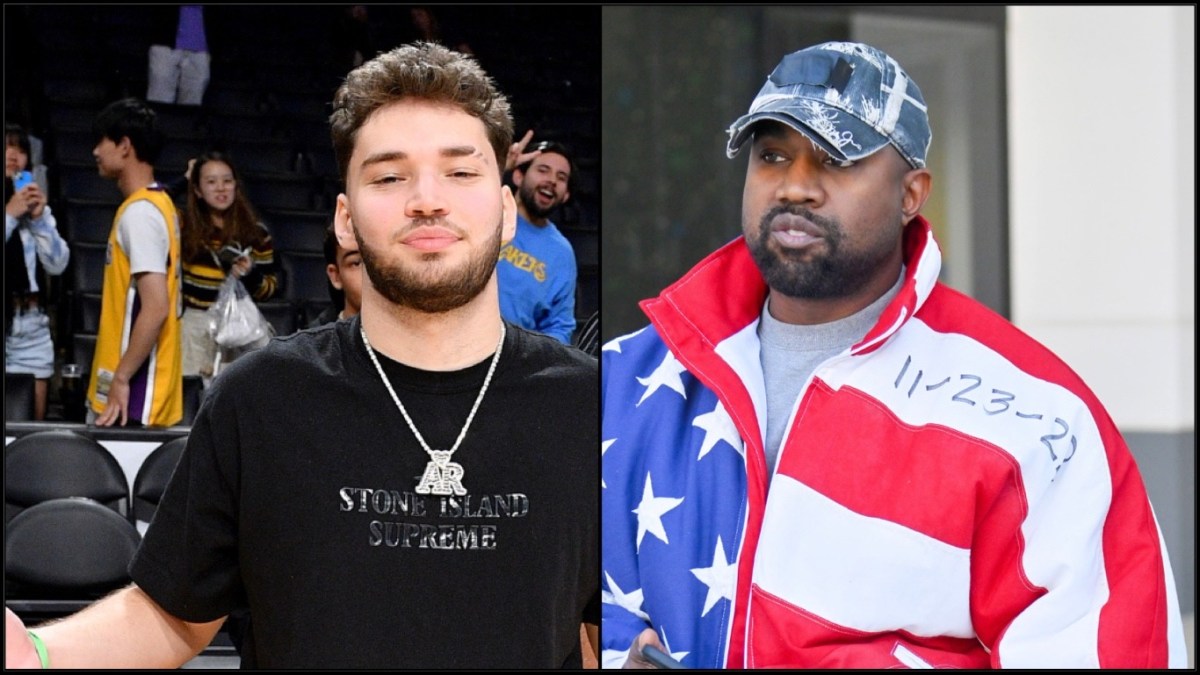 Earlier this month, it was revealed that Kanye West was going to be interviewed by Twitch streamer and YouTuber Adin Ross. This comes after the rapper received massive backlash from the public for his antisemitic comments and social media posts. West also admitted his admiration for Adolf Hitler, saying he “only saw good things” about the German dictator.

For context, Hitler was responsible for World War II after invading Poland in 1939, and the Holocaust left millions of people dead, including six million victims within the Jewish community. Although there was no exact date of when Ross and West’s interview would air, the 22-year-old recently disclosed that it’s no longer happening on DJ Akademiks’ “Off the Record” podcast .

Ross shared the news on Dec. 20, and stated the pair first became acquainted after West sent him a direct message on Instagram and followed that up with a phone conversation. Ross added everything appeared to be going well with West until the day of the interview. Ross claimed that he said something that rubbed West the wrong way, leading to a semi-heated confrontation on the “Gold Digger” lyricist’s end. While mentioning how he tried to hype West up about the interview by listing the potential views it could make, Ross said,

“Come on my stream we will do crazy numbers at least any where from 400,000 to 500,000 viewers for sure. We’re breaking the internet. I was texting Kanye throughout the day, regular convos and stuff. I said something that where he thought I was an enemy… He called me up and he basically just said like, ‘You Jews aren’t going to tell me what I can and can’t say… We cool?’ I was like ‘Yeah, we cool.'”

Ross added that West ended the conversation by saying he didn’t want the YouTube star to be his enemy. Following that brief talk, Ross claimed he didn’t hear from West again. Further into the discussion with DJ Akademiks, Ross opened up about the context surrounding the comment that caused West to get so riled up. Ross, who is Jewish, explained that he told West he was not bringing the “Through the Wire” emcee on his platform to “say a brunch of s**t” about Jewish people, because he knew it would sprew more hate towards his community.

“It was basically like ‘you know I’m Jewish, I’m not going to go for that. I feel like you should come at whoever you’re coming at directly. Don’t come at my community.’ I basically said that I can’t have [it on] my platform [that] you come on and you say a bunch of s**t about Jews. Not all Jews are evil, bro. That’s like saying all specific groups are evil… I basically said that, and he called me up and [said] that, screaming.”

Since Ross’ interview with DJ Akademiks, at the time of this writing, West has yet to publicly respond.