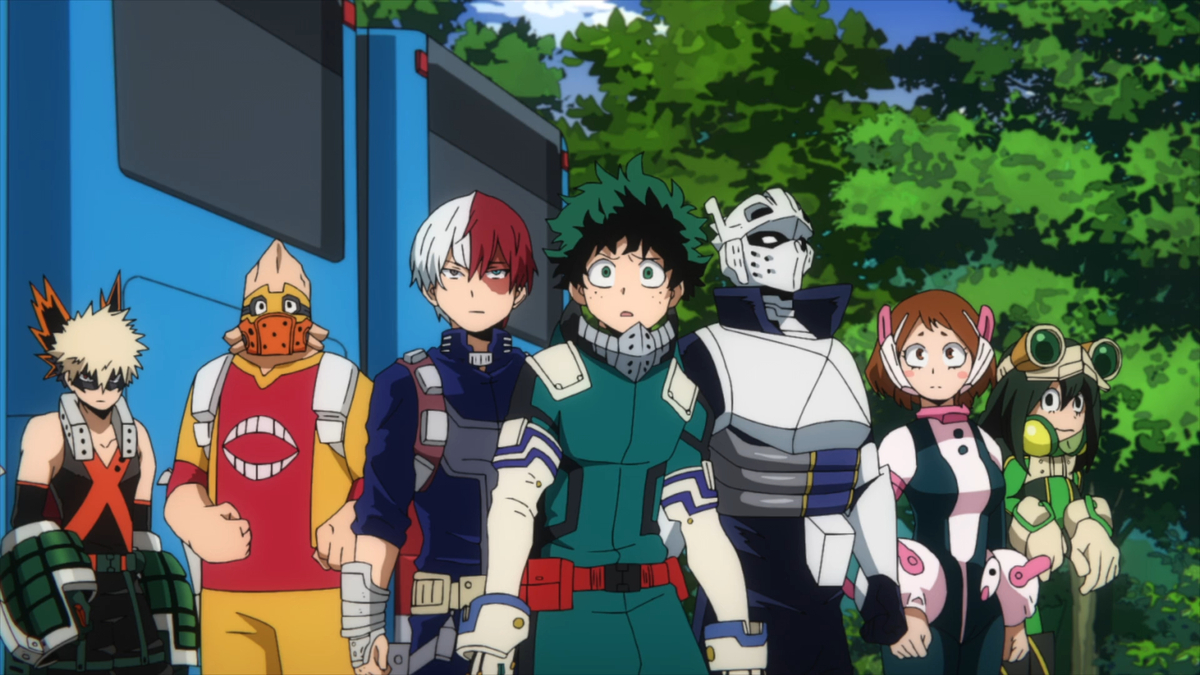 My Hero Academia reached the conclusion of season six’s first cour, and with it, the end of the Paranormal Liberation War. Taken over by All for One’s consciousness, Tomura Shigaraki was forced to retreat after sustaining severe injuries from Deku and Endeavor’s attacks during battle.

During the course of the war, which lasted for 13 episodes, many people died, civilians, heroes, and villains alike. There is no concrete number of lives lost, but it’s known that dozens of Pro Heroes and Paranormal Liberation Front members perished, while 16,929 others were captured. Despite the heroes’ best efforts to evacuate and protect civilians, hundreds of them were killed and others lost their homes due to Shigaraki’s Decay, and Gigantomachia’s rampage.

In a full-blown war, it can be hard to keep track of all the deaths, especially when some characters die off-screen, or are simply left unconscious, with no confirmation of their status. Thus, here we list all the characters who perished during My Hero Academia‘s Paranormal Liberation War arc.

During the war, several Nomu met their end. Among them were Robot, Mocha, and Johnny, Dr. Garaki’s beloved creature, all killed by Mirko during the raid on Jaku Hospital. The High-End known as the female Nomu gave Endeavor and Eraserhead quite the fight but ultimately had her head burnt off by the former. Later, other Nomu known as Chubs, Eleph, and Ribby were disintegrated due to Shigaraki’s Quirk.

X-Less was the only hero present when Shigaraki awoke, and the villain wasted no time to end his life. The hero barely had time to push through the shock and activate his Quirk, before Shigaraki put a hand to his head. In a second, X-Less began to disintegrate, helpless against the antagonist’s Decay.

Shortly after waking, and murdering X-Less, Shigaraki activated his Quirk again to destroy all his surroundings. With Decay quickly spreading, the Pro Heroes attempted to flee the hospital, but not all succeeded. Crust was one of the people who disintegrated during this event, but in a final act of heroism, he saved Eraserhead from succumbing to the Quirk as well.

When Shigaraki awoke from slumber, so did Gigantomachia, who immediately made his way to his master, destroying everything in his path. Midnight was one of the many Pro Heroes who attempted to halt the giant in his journey, and for that, she paid with her life. The heroine’s sleeping Quirk wasn’t enough to deter Machia or the villains on its back, and the confrontation left her severely injured. While we don’t see Midnight die on screen, the bad shape she was left in made her defenseless, and after the war’s conclusion, it’s revealed that she died, likely killed by a Paranormal Liberation Front member.

Twice’s death was the most emotional of the season. After a confrontation with Hawks during the Villa Raid, the beloved villain was murdered from behind by the hero. Not even Dabi coming to the rescue was enough to prevent this outcome since Hawks was fully committed to not letting Twice escape. Twice’s Quirk was simply too dangerous and could have turned the war in the villains’ favor.

In his final moments, Twice managed to create a double of himself in order to save Himiko Toga and Mr. Compress. The two had been captured by Eel Boy, who was using his Quirk to keep the villains in check. Right on time, Twice’s double hit the hero on the back of the head, instantly deactivating the Quirk. As it turned out, the wound was fatal.

Being part of the Villa Raid Team, Majestic was among the first group of Pro Heroes to encounter Gigantomachia when the beast awoke. He took part in the fight by levitating himself and other heroes, later doing the same for the U.A. students. However, as Machia made his way to Jaku City, Majestic was crushed, and later confirmed as dead.

During the hospital raid, Native engaged High-End Nomu in combat. Despite that fight ending well, after Shigaraki woke up and the heroes fled the scene, Native was attacked by another creature, who managed to bite his arm off. After the war, the hero was pronounced dead, presumably by the same Nomu.

While these were all the notable deaths during the Paranormal Liberation War, it’s worth noting that in its aftermath, more people were killed during the attack on Tartarus. This event is not technically part of the war, but is included in the arc, and therefore had to be mentioned. Among the dead were numerous Tartarus prisoners and guards, killed by Nomu and All for One possessing Shigaraki’s body.

My Hero Academia‘s sixth season will continue, diving into the aftermath of its most ruthless arc to date. The anime is available for streaming on Crunchyroll.