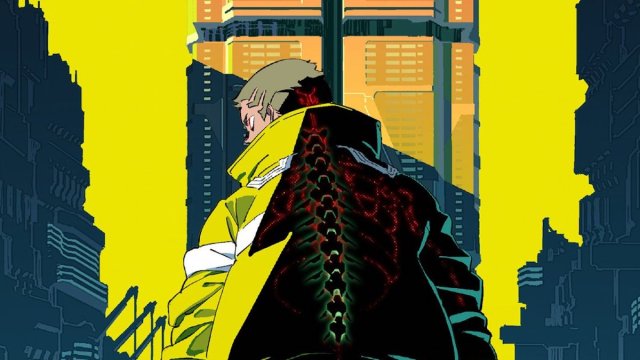 Back in 2020, the official website for Cyberpunk 2077 announced Cyberpunk: Edgerunners, an anime series set to expand the world of the first-person dystopian game. Information about the series was scant back then, but the upcoming anime series recently released a new trailer that allows us a glimpse into its neon-tinted, crime-ridden world. Check out the new trailer for Cyberpunk: Edgerunners below.

There is a lot to unpack from the trailer, as it introduces the series’ protagonist, David Martinez, who is a street kid on the way to becoming a mercenary outlaw to survive Night City. A bunch of other characters are also introduced, including the enigmatic Maine and the formidable Kiwi. This raises the question, who or what is an edgerunner, and what does the trailer reveal about the plot of the anime? Here’s a deep dive into the world of Cyberpunk 2077, its connections to the upcoming anime, and what the series could potentially be about.

The ruthless, technology-obsessed world of Cyberpunk 2077

Cyberpunk 2077 introduces players to the dystopian world of Night City, a megapolis that thrives on gang wars, intrusive body modifications, and gross power play. Players can choose from three available routes: Nomad, Street Kid, and Corpo. No matter which path one chooses, the player simulates the life of V, a mercenary outlaw who has returned to Night City to start afresh. In between odd jobs with partner Jackie Welles, V is tasked with retrieving a cyberwar called the Relic, but the mission goes awry due to unforeseen factors. This launches V’s journey for survival, as their very existence is threatened by the digital ghost of Johnny Silverhand (Keanu Reeves), who is now a part of V’s cybersystem.

Due to Night City’s over-reliance on technology, cybernetic implants are an important aspect when it comes to V leveling up in the game. As these procedures are extremely dangerous and intrusive, citizens visit a ripperdoc to install various kinds of cyberware, which grant various abilities to the user. This aspect has been highlighted in the trailer for Cyberpunk: Edgerunners, in which every character is sporting cybernetic implants of some kind, including the protagonist, David.

While V is a full-blown mercenary for hire, David is an edgerunner. Edgerunners are a group of individuals who ensure their survival by indulging in illegal activities that are rampant in the world of Cyberpunk 2077. The motivations of edgerunners vary on an individual basis – for instance, V and Jackie make a living by doing odd jobs that are almost always life-threatening, while others, like the netrunner T-Bug, work behind the scenes to provide technical aid during missions. This does not make the job of netrunners devoid of danger, as T-Bug is later killed by the Arasaka Corporation after the Relic mission goes astray.

What is Cyberpunk: Edgerunners about?

The trailer for Cyberpunk: Edgerunners posits David as someone set up to be a Corpo, as his mother urges him to succeed in working for Arasaka. However, fate intervenes and forces David to become an outlaw, forcing him to undertake dangerous missions from clients on a day-to-day basis. As Arasaka symbolizes absolute corporate tyranny in the world of Cyberpunk, the anime might set them up as the primary antagonists, as is the case in the game.

Other potential antagonists could be certain gangs that function to meet their own ends, no matter what the cost – such as the ruthless Maelstrom gang, who are constantly engaged in turf wars and shady dealings. Then, there are the Cyberpsychos: beings with psychopathic tendencies pushed to the limits by aggressive cybernetic implants, which leads to a complete loss of humanity in the process.

Interestingly, David Martinez has been slyly referenced in the game, as he has a drink named after him in the Afterlife Bar, which is an honor reserved for the most legendary figures in Night City. If the player chooses, V can name a drink after their friend Jackie, who dies during the frenetic Heist mission at Konpeki Plaza. In many ways, David’s character trajectory is similar to V’s, as he is forced to insert a rogue chip into his body after a personal tragedy, and this decision comes with terrible consequences.

Cyberpunk: Edgerunners, although based in the same world as the game, will act as a standalone, 10-episode tale about a kid pushed to their limits by the cutthroat nature of Night City. The trailer also shows Lucy, who shares a romantic relationship with David, aiding him in his journey throughout the series. Like several inhabitants of the city, David wishes to escape the capitalist hellscape he is forced to survive in, but the road ahead is extremely difficult and rife with danger.

How Edgerunners widens the world of Cyberpunk 2077

Fans of Cyberpunk 2077 will be delighted to witness the aesthetic and thematic overlapping between the two mediums. However, the beauty of Edgerunners lies in the fact that one does not have to have played the game to be invested in the anime’s dense worldbuilding. Preknowledge of the game might certainly improve the viewing experience, as players will notice that the anime retains a whole lot from the game, from the UI to the sound effects of the various weapons used throughout.

While Cyberpunk 2077 puts forward a world on the verge of insanity due to technological advancement and corporate greed, there is still ample space for genuine emotions that are intrinsically organic, such as the thirst for freedom and the need to fulfill one’s dreams. This aspect makes parts of the game extremely dreamlike, especially toward the end, and the anime also seems to be heading in the same direction. As figures like V and David dare to dream, they are potentially able to break the ruthless monotony and danger of a soulless existence, challenging corrupt structures in the process.

While it is currently unclear whether David’s story precedes V’s or vice versa, Edgerunners will widen the ambit of the game’s world by exploring its mythos in greater detail. Apart from this, the anime directly recreates the UI from the games, as seen in the way the characters interact with digital interfaces. There’s also a chase scene in a Delamain cab, which is an essential part of V and Jackie’s escape from Konpeki Plaza in the game. Will the anime also reference Braindance, which allows users to relive other people’s experiences, much like watching a movie? Are V and Johnny Silverhand publicly-known figures in the anime? Time will tell.

Cyberpunk: Edgerunners will be available for streaming on Netflix in Sep. 2022.