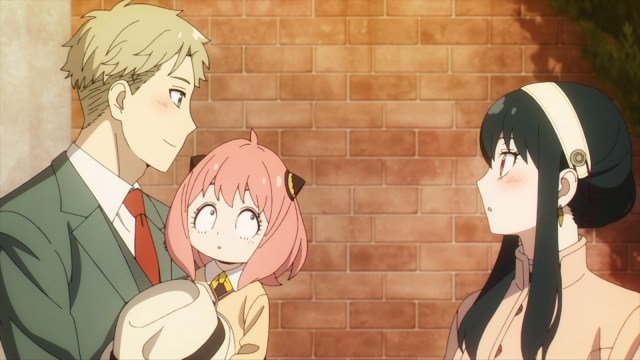 Ever since the Spy x Family series got an anime adaptation, it has been growing in popularity, becoming one of the most-watched anime currently airing. With the Forger family at the center of it all, fans grew to love the dynamics between the three characters, especially the will-they-won’t-they situation Loid and Yor have going on.

Though the two are legally married, they have only done so for convenience, using the made-up family to throw off suspicion regarding their jobs as a spy and an assassin. There’s no doubt that Spy x Family fans wish for Anya’s adoptive parents to get together eventually; after all, who doesn’t enjoy a good love story? With the anime only in its first season, viewers wonder what’s in store for these two. Among the trials and tribulations of their respective jobs, will Yor and Loid ultimately fall in love?

Do Loid and Yor get together?

At the moment, Yor and Loid are not in a relationship — they haven’t even kissed yet. The manga is still ongoing, however, so there is still room for the pair’s relationship to develop into a romance and it’s not far-fetched to imagine the story is headed that way. Over the course of the series, there are some instances that hint at the characters’ growing feelings for each other, like the frequent blushing when they are complimenting each other as well as all the romantic situations they keep finding themselves in.

With Yor, this is a little more obvious, particularly when Fiona Frost comes into the picture, making Yor double down on her insecurities. As we know, Yor has always worried about not being a good enough wife to Loid or a good mother to Anya, and upon meeting Fiona, she can’t help but think that the spy is better suited for the role. Loid and Fiona’s apparent closeness certainly doesn’t help matters.

As for Loid, determining his feelings isn’t so straightforward. The spy tends to have a good grip on his emotions and is often too preoccupied with missions to ponder over the simpler things in life. While he’s likely not aware of his own attachment yet, other people seem to be clueing in, like Fiona, who promptly notices how happy and relaxed Loid seems with his newly-created family. This stirs up some jealousy within Fiona, due to her feelings for Loid, which poses the question: why would a love rival be introduced to the story if its intention isn’t to drive Loid and Yor’s relationship forward?

Although there is no guarantee that these characters will end up together, everything seems to point in that direction. To keep following their story, don’t miss out on any new episodes.