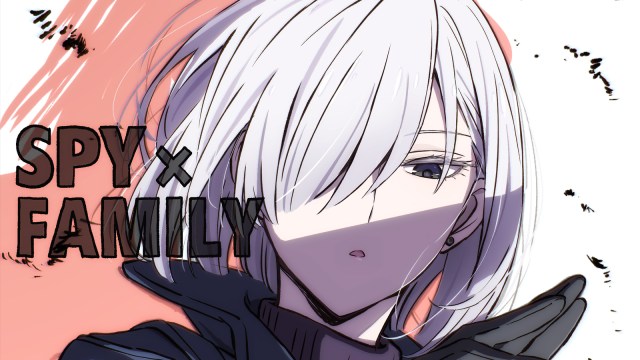 Warning: The following article contains spoilers for Spy x Family part two, as well as the manga chapters 29 to 34.

The Forger family’s adventures are just beginning, as Spy x Family continues with part two of its first season. The anime premiered on April 9 and quickly became a fan favorite, with many anxiously awaiting its return to see where Operation Strix will lead our main characters next.

During promotions for the series’ part two, Spy x Family’s English Twitter account teased fans with the poster image of a new character, who will soon be introduced to the story. While there’s no mention of this character’s name on the poster nor on the tweet itself, readers of the Spy x Family manga quickly recognized the familiar face and caught on to what this tells us about the upcoming episodes. If you’d prefer to remain none the wiser, now is your chance to go back.

As it turns out, the new addition to the anime’s set of characters is none other than Fiona Frost, also known by her codename, Agent Nightfall. But what role will Fiona play in the story? What exactly are her motivations? Is she a friend or a foe? Those who don’t read the manga are certainly curious about this development, and we’re here to answer those questions.

What do we know about this character?

Fiona Frost is a spy under WISE, the secret organization Loid Forger also works for. In fact, when Fiona first turned to the spying life, Loid was her mentor, training her and working alongside her for quite a while, which led to Fiona developing feelings for Loid. Often stone-faced and calculating, Agent Nightfall chooses to keep her emotions to herself, never giving away her romantic feelings.

Despite not being able to work directly with Loid on Operation Strix, Fiona is tasked with aiding her mentor as a secret informant, but that doesn’t sit very well with her. While she wishes Loid well, Fiona’s feelings for her spy companion start to get in the way as she meets Loid’s make-believe family – particularly Yor. You see, Agent Nightfall convinces herself that Yor Forger is not a suitable wife (even for a facade), and plots to remove her from the equation in order to take up Yor’s role.

Fiona’s animosity toward Yor muddles the waters when one tries to determine whether Agent Nightfall will remain Loid’s ally or develop into an antagonist. With the manga still ongoing, we don’t yet know what fate awaits this new character, and we can’t wait to find out more.

Spy x Family returns for part two on Oct. 1. If you’d like to find out more about this comeback and where to stream the anime, you can do so here.