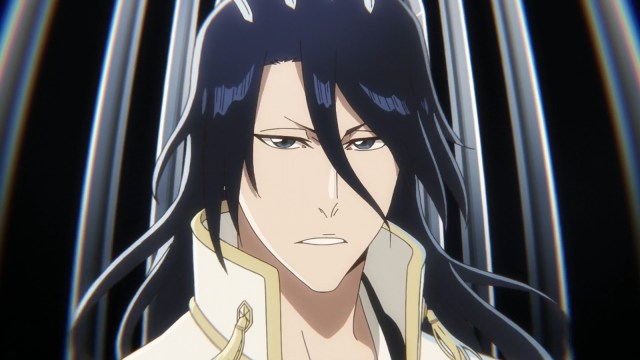 Bleach: Thousand-Year Blood War continues delighting fans with the war between Soul Society and the Wandenreich in full bloom. In episode five, viewers got to witness the conclusion of Byakuya Kuchiki’s battle against Äs Nodt, in which Byakuya ends up heavily injured. The solemn music accompanying the scene, as well as Byakuya asking Rukia and Renji to forgive him as his sword shatters, gave many the impression that this character might now be dead.

Despite starting out as an antagonist, this initially cold character is now one of the most well-liked within the fandom. Byakuya’s development over the series is admirable, as he grows fond of Rukia and becomes protective of his adopted younger sister, honoring the wish of Hisana. Taking this into consideration, it would be a shame for this character to meet his end, so stands to reason that many are worried about Byakuya’s vital status. While many episodes are still to come, some eager Bleach fans simply cannot wait for the next episodes to find out whether Byakuya is alive or not. For those curious, we will reveal the answer below.

Is Byakuya dead in Bleach?

All Byakuya enthusiasts can rest assured, the character does not die in this battle, despite his injuries. In fact, Byakuya is one of the characters that survive the entirety of Bleach and is present in the final chapters of the manga. Of course, there’s the possibility that the anime might stray from its source material like it has done a few times in the past, but so far there’s no reason to believe it will happen in this case — or maybe this is wishful thinking.

Assuming the story will continue following the manga, after this particular battle, Byakuya enters a comatose state due to the severe wounds inflicted by Äs. His state is critical, so the Royal Guard takes him to the Soul Kingdom Palace to heal, where he stays for quite a long time. Even after the wakes up, Byakuya remains both physically and mentally weak for a while but luckily manages to pull through. Eventually, the Soul Reaper returns to the Soul Society, ready to face off against Äs once again, in what becomes their final battle.

The only way to know for sure Byakuya’s fate in the anime, though, is to keep watching. Bleach: Thousand-Year Blood War will continue, with new episodes being aired every Monday on Disney Plus and Hulu.