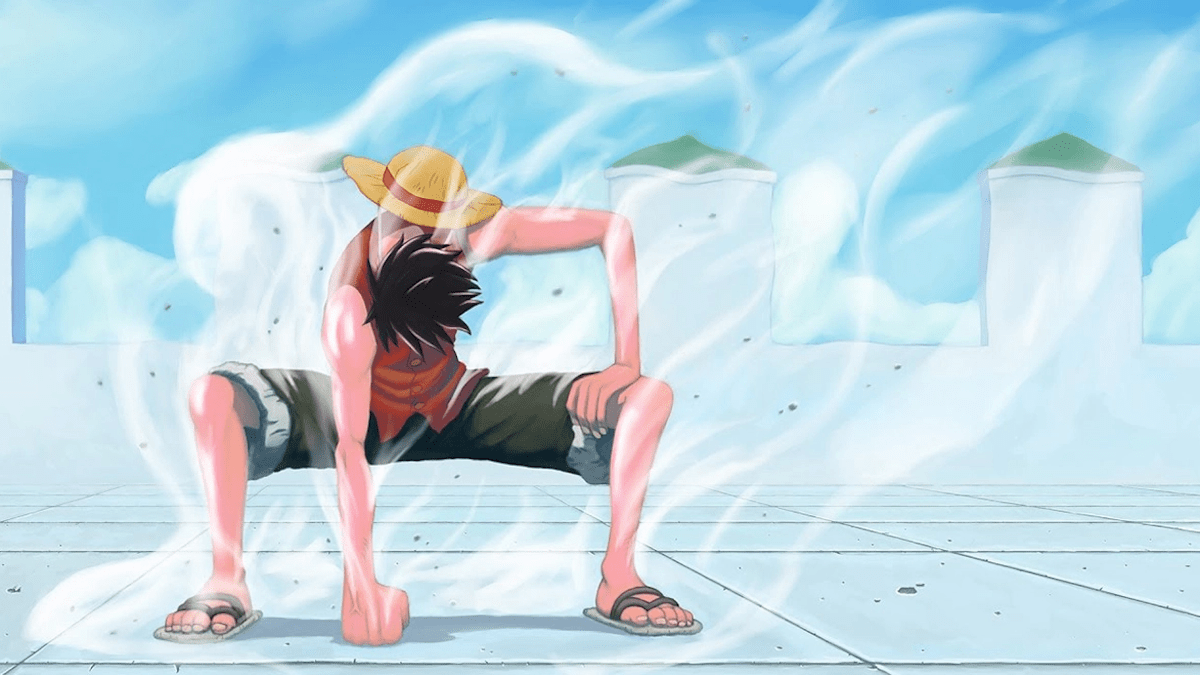 One Piece’s lovable protagonist may look like an ordinary skinny boy, but he is courageous, dedicated, righteous, and extremely powerful. He may be a pirate with ambitions of becoming the Pirate King, but Monkey D. Luffy is also a man of conviction, who values others and protects the innocent.

After accidentally ingesting a type of Devil Fruit called the Gomu Gomu no Mi, or Gum-Gum fruit, Luffy gains elasticity and essentially turns to rubber. With a lot of practice and training, Luffy can access inner power upgrades called “gears,” which give him various power upgrades.

Gear Second is the first technique he uses to increase his abilities. Gear Second allows Monkey D. Luffy to increase his power output. He does this by increasing his blood flow, which increases his speed and gives him stronger attack power. Throughout the anime’s more than 900 episodes, Luffy has also accessed Gear Third, which allows him to expand his bones like balloons; Gear Fourth allows him to expand his muscles, which helps his attack and defense postures. He was able to access Gear Fifth during the events of One Piece Film: Red, which allows him to do pretty much anything his imagination can think up.

What episode is Gear Second revealed?

Despite all the gears after, Gear Second is the most popular form because it is the one Luffy accesses more than all others. The famous gear made its anime debut in Episode 272, “Luffy is in Sight! Gather at the Courthouse Plaza,” but fans really get to see the technique in action during the events of Episode 273, “All for the Sake of Protecting My Friends! Gear 2 in Motion.”

During the Battle at Courthouse Plaza, Luffy faces down with Blueno, a villain with the Cipher Pol 9, on top of the Courthouse of Justice. With steam literally coming off his body from the sheer amount of heat his body is producing by increasing his blood flow, Luffy activates Gear Second as Episode 272 comes to an end.

Episode 273 begins with Luffy completely decimating Blueno during their battle, with the giant Blueno creating a doorway to escape from the small yet powerful pirate.

After catching his breath, Blueno attempts a sneak attack on Luffy, but he anticipates the attack and quickly counters. As Luffy is about to activate Gear Third for the first time on screen, his giant opponent suddenly collapses.

Since then, Gear Second is Luffy’s go-to move against anyone he battles. The move has become synonymous with Luffy and One Piece.