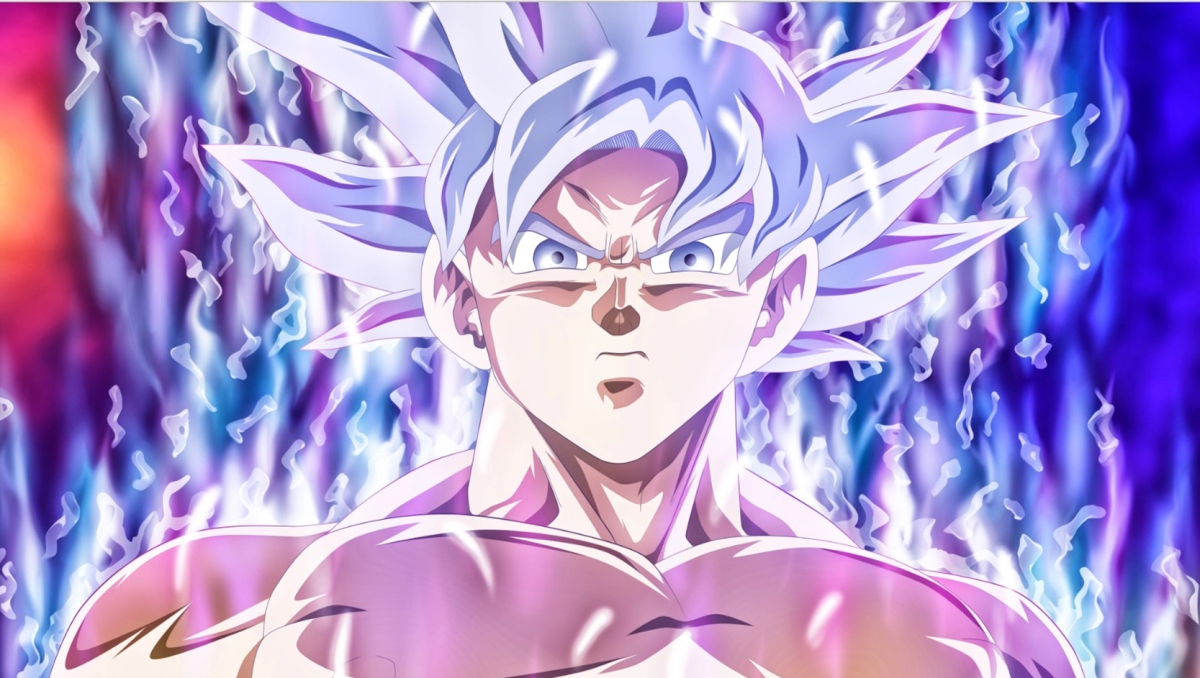 Goku is, without a doubt, one of the greatest and most powerful anime characters ever created – funny, kind, and pretty much unstoppable.

If manga readers hadn’t already fallen in love with the alien boy in 1984’s Dragon Ball, then they definitely fell in love with him when the anime premiered in 1986. Since then, viewers have watched Goku grow, learn, fall in love, have children and become the most powerful Saiyan in existence. Throughout the years, he has fought hard and been defeated, but he has never lost his will to get back up and try again. His will to keep fighting no matter who the opponent is, might be one of the reasons Goku is such an icon in the world of anime.

After getting pummeled by Jiren, Goku is believed to be dead before once again rising up and fighting back. With his power building higher than ever before, he is suddenly surrounded by a beautiful glowing crystal-like aura, and his normally black hair is transformed into a silver mane.

Everyone at the Tournament of Power could sense the power increase, but it was Whis and Beerus who named the transformation. Unfortunately, he could only command the power surge for a limited time, before it left his body completely exhausted.

A fusion of Kale and Caulifla, Kefla is a female Saiyan warrior from Universe 6 who competes against Goku in the Tournament of Power. Although they are pretty evenly matched throughout the battle, Goku winds up knocking Kefla out of the ring after hitting her point blank with his Kamehameha, disqualifying her.

Moro is a seemingly all-powerful goat-like humanoid creature from Universe 7, who goes to planets and universes to absorb power from powerful beings. He is responsible for the mass genocide of more than 300 planets. During the Moro Arc of the Dragon Ball Super Heroes manga, Goku sought help from the angel Merus to perfect Ultra Instinct, but after Merus sacrifices himself while Goku is fighting Moro, Goku is finally able to control his emotions and transform into Autonomous Ultra Instinct.

In one of the most insane battles ever, Goku and Vegeta are attempting to put an end to Moro, who uses magic to try to trick them unsuccessfully. Autonomous Ultra Instinct ends up punching Moro so hard he crumbles into pieces.